Tax notices were sent to the cofounders on October 18, asking them to explain the total payment received from the sale of their venture to Walmart, the capital gain tax liability and how the tax payments have been scheduled. 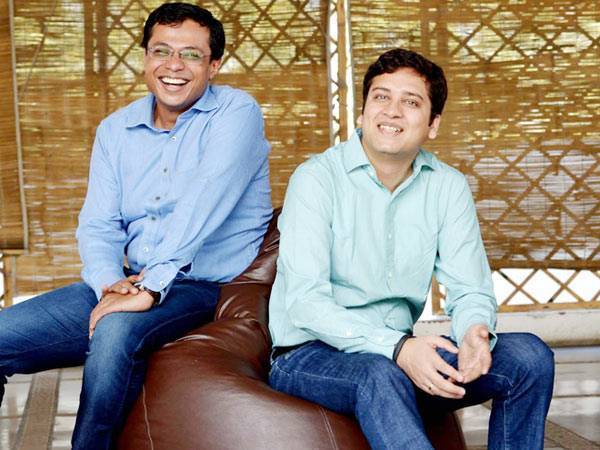 The Income Tax Department has reportedly issued notices to Flipkart founders Binny Bansal and Sachin Bansal, who each owned a stake of over 5% in Flipkart, as well as to 35 other stakeholders. The IT Dept had earlier landed a Rs 7,439 crore windfall from the $16 billion Walmart-Flipkart deal.

Sources in the know told The Times of India that tax notices were sent to the co-founders on October 18, asking them to explain the total payment received from the sale of their venture to Walmart, the capital gain tax liability and how the tax payments have been scheduled.

"There was a query received with regard to sale of shares and payment of advance taxes. It happened a few months ago and I had already responded to the same," the recently resigned group CEO and chairman of Flipkart told the daily.

However, according to the sources, while the responses of other Indian shareholders have started arriving the two Bansals are yet to respond to the notices.

In September, after Walmart paid Rs 7,439 crore withholding tax on payments made to 10 non-resident shareholders of Flipkart, the tax authorities had asked the US retailer to explain the logic behind its tax deductions. "Of the 44 shareholders in Flipkart who have sold shares, Walmart has deposited taxes for only 10 funds and entities. We have asked Walmart to explain the rationale followed while deducting or not deducting taxes from the shareholders. They have been asked to give a case to case explanation," a tax department official told PTI at the time.

The Income Tax Department wanted Walmart International Holdings, the buyer of majority shareholders of Flipkart Singapore, to explain the break-up of how much tax has been deducted from payment to each shareholder, according to the daily. Walmart had reportedly responded to this IT notice last month, and the department reserves the right to write to the shareholders directly or question Walmart once again if it is unsatisfied with the response.

The Walmart-Flipkart mega deal is getting heightened scrutiny from the taxman because it triggers off different tax treaties, leading to plenty of confusion. For instance, Flipkart's parent is registered in Singapore and many of the investors who sold their stake in the company to Walmart hailed from different countries. The list includes US-based firms Tiger Global Management, Accel Partners and eBay, South Africa's Naspers Ltd, China's Tencent Holdings and Japan's SoftBank.

While the latter is likely eligible for a short-term capital gains tax of a maximum of 40%, another former stakeholder, eBay would possibly be taxed at a lower rate due to the Double Taxation Avoidance Agreement (DTAA) with Singapore.