Financial statements for December quarter imply that while business continues to remain sluggish, resulting in employment being stagnant or lower, companies continue to make record profits 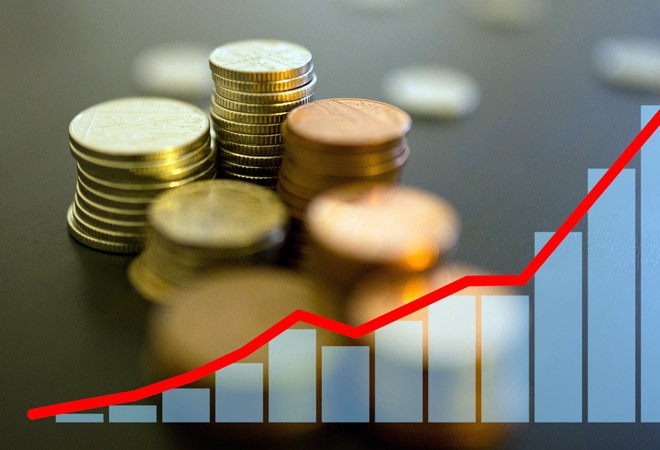 In a recent report, the private think tank pointed out that the increase in profits of larger companies is in contrast to the continued weakness in business and employment levels seen by them in 2020-21 on account of the pandemic.

Net profits in December 2020 were bereft of accounting entries which are not real profits for the quarter. Excluding prior period and extraordinary transactions, profit numbers were even more impressive for the period, CMIE stated.

Profits after tax net of prior period and extraordinary transactions in December quarter this fiscal were at Rs 1,62,000 crore, significantly higher than the previous record of Rs 1,42,200 crore seen in September quarter,  it added.

The record profits of companies are reflected in their value addition also. "Gross value added of non-financial companies grew by a handsome 19.1 per cent in the quarter ended December 2020, notwithstanding the fact this is half the growth recorded in the September 2020 quarter, " the report said.

Manufacturing accounted for most of this real growth, recording an impressive growth of 22.7 per cent. This will show up in the form of sector performing very well in the quarterly GDP estimates released by the National Statistical Office later in February 2021, CMIE predicted.

Growth in gross value added in electricity sector was 7.2 per cent, while that for service sector companies was 8.7 per cent. "The services sector growth is concentrated in the telecom sector which seems to have an extraordinary base year effect essentially because of unusually high losses in the year-ago quarter. The mining and construction industries recorded a fall in real gross value added in the December 2020 quarter compared to the performance in the December 2019 quarter," CMIE said.

Like the previous two quarters, financial sector companies, principally banks and broking companies, lead this growth. Total income of financial services companies grew 4.8 per cent and that of banking services grew 7.3 per cent.

Meanwhile, manufacturing continued to face troubles as business of non-financial companies continued to shrink for sixth quarter in a row. Only half of these quarters were affected by the COVID-19 pandemic.

"Total income of non-finance companies shrunk by 1.03 per cent in the quarter ended December 2020. This was the sixth consecutive quarter of a year-on-year shrinking of the topline of non-finance companies... Manufacturing companies have borne the greatest brunt of this shrinking market. However, their lot saw the pace of shrinking markets recede. In the December 2020 quarter, manufacturing companies recorded the smallest y-o-y fall in total income. It fell by 0.4 per cent while mining and utilities shrank 16 per cent and 5.7 per cent, respectively, and non-financial services companies saw their total income decline by 1.6 per cent," CMIE said.

The restrained business environment indicates less demand for labour, with most of the growth in employment centred around financial services sector.

"While Indian listed companies do not provide data on employment in their quarterly financial statements, we can draw inferences on employment from expenses on salaries and wages, which is available," Vyas wrote. "These grew by 7.9 per cent in the December 2020 quarter compared to their level a year ago. Inflation in the same quarter was 6.4 per cent. This implies that employment may have grown by about 1.5 per cent."

"Much of this growth in employment could have been in the financial services sectors. Salaries and wages of these companies grew by a robust 22.2 per cent with the banking sector recording a growth of 26.6 per cent. But, the non-finance companies saw the wage bill grow by only 3.4 per cent. Given 6.4 per cent inflation, this implies a shrinking of labour or real wages. Salaries and wages shrank in nominal terms y-o-y for two consecutive quarters in June and September 2020. In the December 2020 quarter, there is a decline again, in real terms," he added.

Employment in the real economy has therefore shrunk during the lockdown, the report noted.

The financial statements for December quarter imply that while business continues to remain sluggish, resulting in employment being stagnant or lower, companies continue to make record profits. These profits will help India stabilise its GDP growth estimates for the December 2020 quarter, it said.

ALSO READ: Investors happy but households give thumbs down to Budget: CMIE

Wall Street falters at open with Fed minutes in focus