India a priority market for us: Marks & Spencer

Jaan Heere, International Director of the UK-based retail giant, claims that India has never been more exciting for them. It was hardly a month ago when the world's largest retailer, Walmart, decided to part ways with its Indian joint venture partner, Bharti Enterprises. Apart from a faltering relationship with its JV (Joint Venture) partner and an internal bribery probe, the reason publicly cited for the split by the company's Asia Chief Executive, Scott Price, was the unfriendly retail environment in the country. Price even went on record to say he couldn't see any foreign retailer that would comply with such ambiguous FDI norms.

However, Jaan Heere, International Director of the UK-based retail giant Marks & Spencer (M&S), claims that India has never been more exciting for them. "India is our priority market and we are strongly committed to it," said Heere, who was in Mumbai for the launch of the world's first ever exclusive M&S Lingerie and Beauty Department.

India is indeed a market with complex rules and regulations, agreed Heere, but one also has to be able to adapt to the given market conditions and look at long-term, he said.

So, with the FDI norms becoming more relaxed and single brand retail being allowed 100 per cent FDI investment, will M&S consider investing in India on its own? It currently has a JV with Reliance Retail in India.

"No," said Heere, adding that the partnership has worked brilliantly for them. "While we have brought international know-how and best-practices on to the table, our Indian partners understand the nuances of doing business in India," he said.

Franchising and joint-venture partnerships have been the preferred model for the UK-based retailer in most countries. This JV fits in well with the group's strategy for international expansion. 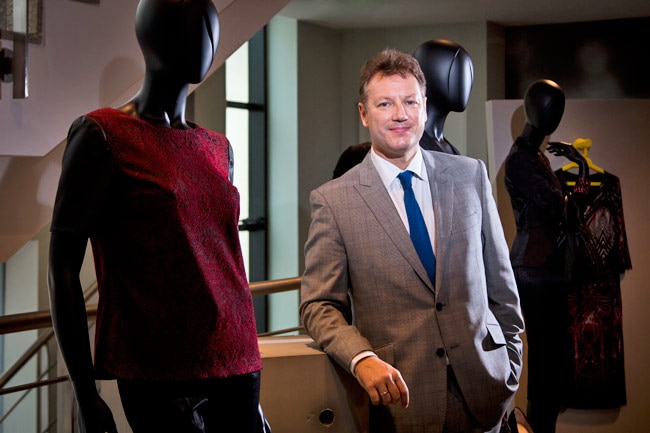 "Our JV with Reliance Retail wasn't provoked by FDI. In fact 60 per cent of our growth across the world has come through these partnership deals," said Heere.

"There is a demand for western, 'London-Style' fashion in smaller markets which we can't ignore," he added.

Unlike other global retailers, M&S, says Ankur Bisen, Senior Vice-President, Technopak Advisors, is one of the few retail brands making it big in India. "M&S found visibility in India and has done well despite challenges. They have taken a long-term bet on India. The fact that they have launched a new format for the first time India, shows their commitment to India," according to Bisen.

In fact, Harminder Sahni, MD of retail consultancy, Wazir & Co feels the UK-based retailer's strategy of unbundling lingerie and beauty business is a great move to penetrate deeper into the Indian market.

"The biggest challenge for most retail companies is high real estate costs," he says. By doing so, they could make do with a smaller retail space, according to him. Otherwise, he says, it cannot aspire to explore its own length and breadth. "They can penetrate deeper through smaller formats," adds Sahni.