The new home minister's immediate task would be handling the situation in J&K, which is under the President's rule, and the situation that may arise after the publication of the final National Register of Citizens (NRC) in Assam 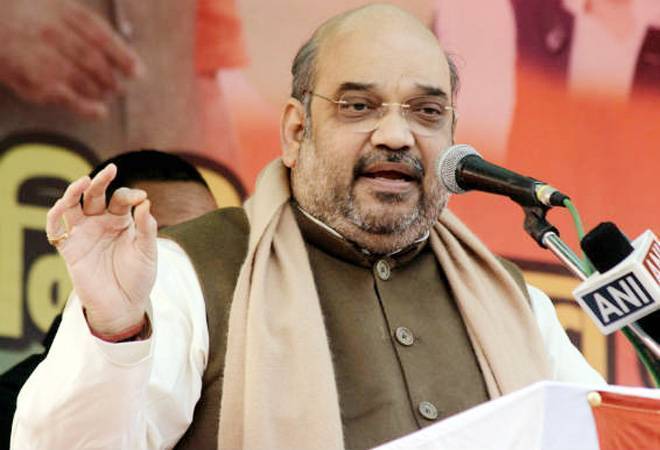 Home Minister Amit Shah said Saturday the country's security and welfare of the people are the key priorities of the Modi government.

Shah, who assumed the charge of the sensitive ministry on Saturday, held a meeting with senior officials to familiarise himself with the issues concerning the ministry.

During the meeting, senior officials gave a detailed presentation of the functioning of the Home Ministry and the key issues it is handling now, a ministry official said.

"Country's security and people's welfare are Modi government's priorities. Under the leadership of Modi ji, I will try my best to fulfil these priorities," Shah tweeted in Hindi after assuming the charge.

Shah also thanked Prime Minister Narendra Modi for giving him the responsibility of the Home Ministry.

"Today, I have taken the charge as India's Home Minister. I am thankful to Prime Minister Narendra Modi for reposing faith in me," he said.

Earlier Saturday, Shah was given a warm welcome at the North Block office of the Home Ministry by Union Home Secretary Rajiv Gauba, Intelligence Bureau chief Rajiv Jain and other senior officials.

Shah took charge two days after he was sworn-in following a landslide victory of the BJP-led NDA.

Another Home Ministry official said Shah is expected to prioritise the NDA government's policy of zero tolerance towards terrorism and checking illegal immigration.

The new home minister's immediate task would be handling the situation in Jammu and Kashmir, which is under the President's rule, and the situation that may arise after the publication of the final National Register of Citizens (NRC) in Assam.

The NDA won a landslide mandate in the recently concluded Lok Sabha election with the saffron party winning 303 of the 542 seats that went to polls.

Shah was the key architect of the BJP's victory as the party president.