Indian companies in US to boost strategic partnership: John Kerry

A number of Indian companies are participating in this annual summit, an initiative of Obama Administration, which aims at attracting foreign investment into the US. 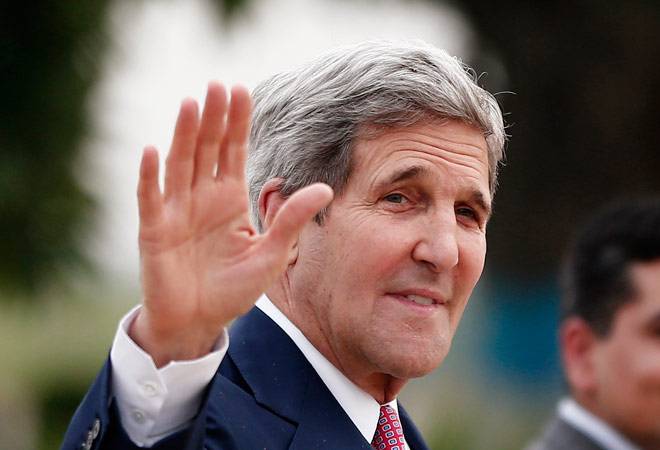 Setting up manufacturing bases in the US by the Indian companies will not only lead to economic benefits but will also open up doors for a deeper India-US strategic partnership, US Secretary of State John Kerry has said.

Citing example of an Indian company based in US, he said, "its investment taps into the local talent pool, expands employment opportunities, forms a new hub for research and development in the medical sector, all the while opening the door to a deeper strategic partnership between the world's oldest and largest democracies."

Kerry was speaking at the SelectUSA Investment Summit.

A number of Indian companies are participating in this annual summit, an initiative of Obama Administration, which aims at attracting foreign investment into the US.

A day earlier, the US President Barack Obama had mentioned how an Indian company from Surat opened up its US headquarters in St Louis.

"At the State Department and throughout the Obama Administration, we understand the vital importance of these investments and many more for our economy, for our diplomacy, for our international leadership. They are all linked together," Kerry said.

Having just returned from two days of Security & Economic Dialogue in China, Kerry said the interdependence that comes as a consequence of these relationships inserts itself automatically into the other choices that we begin to face where they may have differences.

"And it actually helps you think about how to manage those differences differently," he said.

The Obama Administration, he said, recognises that increasing investment in and outside the United States is a win-win proposition for the parties involved, supporting jobs for US workers and in their communities, enhancing development work abroad, and growing the economic pie for everybody.

"We also appreciate that deeper trade and investment make for much healthier bilateral relationships.

They bind countries together and they encourage everybody to play by the same rules," he said.

"And they also provide a mechanism for strengthening those rules, which we're now seeking to do through the two landmark trade deals, and you heard from Mike Froman the TPP along the Pacific Rim, and in Europe the Transatlantic Trade and Investment Partnership," Kerry said.

The United States is home to more FDI than any other country.

In 2014, the total stock of direct investment in the United States was valued at USD 2.9 trillion (18 per cent of GDP). FDI is an integral part of the US economy.