The dropped flights account for almost 10 per cent of IndiGo's operations out of 1,300 flights it operates per day with a fleet of 210 planes. Meanwhile, the airline refused to issue a formal statement regarding this matter. 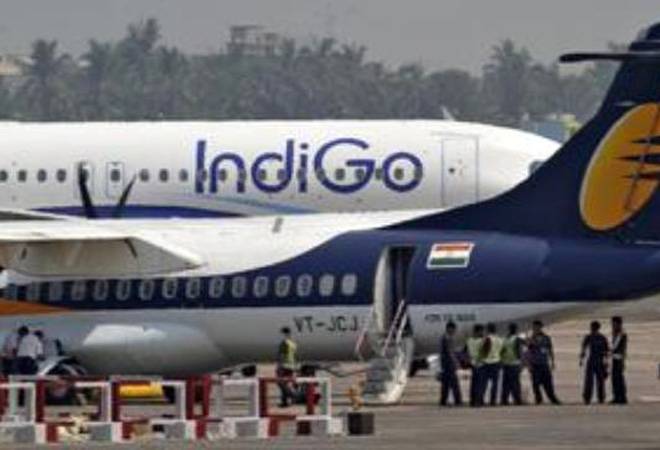 These however are the scheduled cancellations. Indigo has not cancelled any additional flights, according to the source. The dropped flights account for almost 10 per cent of IndiGo's operations out of 1,300 flights it operates per day with a fleet of 210 planes. Meanwhile, the airline refused to issue a formal statement regarding this matter.

A query sent to IndiGo spokesperson and also to its chief operating officer Wolfgang Prock-Shauer remained unanswered. The budget carrier has been cancelling flights since last Saturday after rain and hailstorm hit the Delhi-NCR region last week.

On Thursday it did not operate as many as 70 flights, citing reasons like planned cancellations and partial closure of the Bengaluru airport due to the Air Show. "As stated earlier, the anticipated cancellations are 30 flights per day. The operations will be completely normalised by the start of the summer schedule from March 31. "Additionally, a NOTAM in Bangalore started effective today (February 14), which caused additional 40 flight cancellations, rescheduling for which had been completed a month back and passengers were informed and re-accommodated accordingly," the airline said in its earlier statement.

It had cancelled 49 flights on Wednesday as well. "The cancellations on February 13 were caused by several factors like anticipated weather conditions on February 14 and NOTAMS at various airports. This resulted in extended duty times which then made it necessary to re-roster our crew and optimise our operations," it said in a statement on Wednesday. Further, the airline said it has decided to curtail its schedule for the remaining period of this month by "approximately 30 flights a day". "This is in order to stabilise its operation and adjust crew rosters due to the reasons mentioned above. Passengers are in the process of being informed and re-accommodated," the carrier had said.