InterGlobe Aviation, the parent company of IndiGo, had called an EGM on Wednesday to vote on a proposal to remove articles related to transfer and acquisition of the company's shares 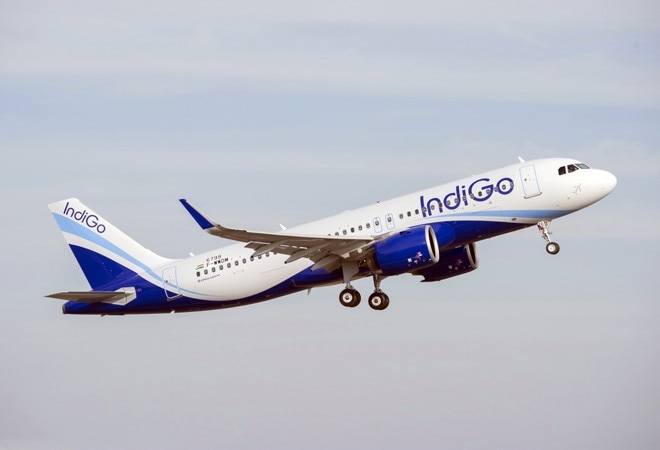 In an extraordinary general meeting (EGM), shareholders of InterGlobe Aviation rejected a special proposal tabled by co-promoter Rakesh Gangwal to amend company's Articles of Association. Out of the total votes cast during the shareholders' meet held on Wednesday, 48.55 per cent favoured the motion, whereas 51.44 per cent opposed it.

InterGlobe Aviation, the parent company of IndiGo, had called an EGM on Wednesday to vote on a proposal to remove articles related to transfer and acquisition of the company's shares, including 'Right of First Refusal' and 'Tag Along Right'. Gangwal, who had demanded this EGM, did not make an appearance, which angered shareholders.

"The special resolution for amendments to the Articles of Association of the company has not been passed as the votes cast in favour of the resolution are less than three times the number of votes cast against the resolution," InterGlobe Aviation said in a statement.

InterGlobe Aviation co-founders - Rakesh Gangwal and Rahul Bhatia - have been engaged in a bitter tussle over the company's Articles of Association. The articles were signed between Bhatia and Gangwal to define their rights in the company. Now, these rights are heavily loaded in favour of Bhatia, which has led to friction between them.

The spat between two co-founders to light in July last year after Gangwal complained to the Securities and Exchange Board of India (SEBI) that Bhatia indulged in questionable related-party transactions.

As per provisions in the Companies Act, 2013, the RG Group, which comprises Rakesh Gangwal, Shobha Gangwal and The Chinkerpoo Family Trust, has the requisite shareholding of 36.64 per cent in InterGlobe Aviation Limited, which empowers them to seek an EGM. Bhatia and his InterGlobe Enterprises (IGE) Group own around 38 per cent of the airline.

During the Annual General Meeting on August 27 last year, both the promoter groups voted in favour of all resolutions, including amending the Articles of Association, expanding the size of the board to 10 members, and appointing the chairman as an independent director. Incidentally, Gangwal did not attend the IndiGo's AGM.

Gangwal had also issued a statement, saying he was satisfied with the new related party transactions (RPTs) protocols approved by the board and was open to the amendments in the IndiGo's Articles of Association (AoA) to increase the board strength to 10. The statement came as a surprise because Gangwal agreeing to a 10-member board (and not seven as he has proposed earlier) still left his previous issue unresolved.

On December 21, 2019, the board of InterGlobe Aviation had agreed to Gangwal's request of an EGM for voting on proposed amendments to the AoA. On January 3, 2020, the IndiGo co-founder had called shareholders for an EGM on January 29.

ALSO READ:DGCA extends deadline for IndiGo to replace all unmodified P&W engines till May 31