Infosys CEO Salil Parekh said that large deals and traction in newer areas like cloud, cost efficiency automation and consolidation have given some visibility to the company even amidst uncertainty 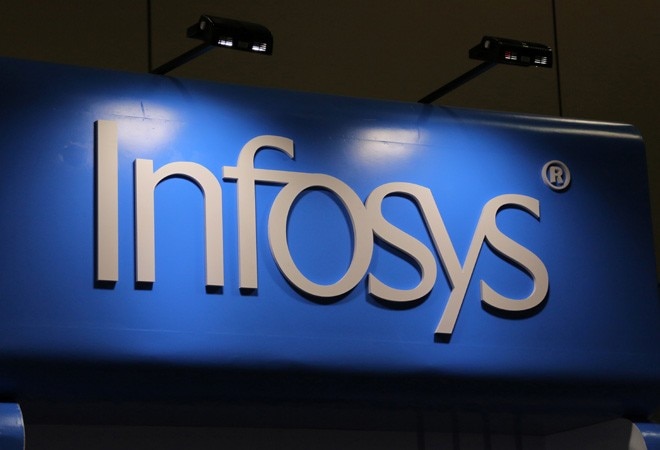 Bengaluru-based IT giant Infosys reported a sequential dollar revenue decline of 2.4 per cent in the first quarter of FY21 with revenues coming in at $3,121 million. The company's digital revenues stood at $1,389 million constituting 44.5 per cent of the total revenues. For the full financial year 2020-21, Infosys has guided its revenue growth in the range of 0-2 per cent and operating margins to be in the range of 21-23 per cent. During the previous quarter, the company had refrained from providing a guidance due to the uncertain environment owing to the coronavirus pandemic. Infosys CEO Salil Parekh said that large deals and traction in newer areas like cloud, cost efficiency automation and consolidation have given some visibility to the company even amidst uncertainty. "All of those factors we felt even with significant uncertainty in the global economic environment where we still see some different scenarios, we felt we were in the position to give a growth of 0-2 per cent in constant currency terms," said Salil.

Infosys also saw its operating margins expand by 150 basis points from 21.2 per cent in the previous quarter to 22.7 per cent in the first quarter of FY21. Explaining what played out in the margin improvement, Infosys CFO Nilanjan Roy said while gains of around 410 bps were achieved - combining 230 bps from reduction in visa expenses and travel costs, another 70 bps by currency, and additional 110 bps by cutting down other discretionary spends - these were largely offset by lower utilisation and increased variable payout for employees.

On reports of senior resources from the company being let go, the company said that it is not just because of rationalisation. "As usual, every cycle we have performance-based exits and as a high performance organisation we have always endorsed and adhere to this. There is no structured program to let go senior people," said COO Pravin Rao.

Infosys further said that nearly 90 per cent of the lateral hires whose joining were deferred last quarter have been on-boarded and the company will also start recruiting campus hires in the current quarter. "For them we will start on-boarding in a phased manner starting later this quarter. Normally we take 2-3 quarters to on-board freshers from campuses and that is something that we will continue to follow," said Rao.