Infosys has done a terrific job of completely reinventing itself: Nandan Nilekani

Speaking at a virtual meet, Nilekani outlined three major trends - cloud adoption, cyber security and re-skilling - at the forefront of digital way of doing things emerging from the consumer side that are penetrating large companies in a big way 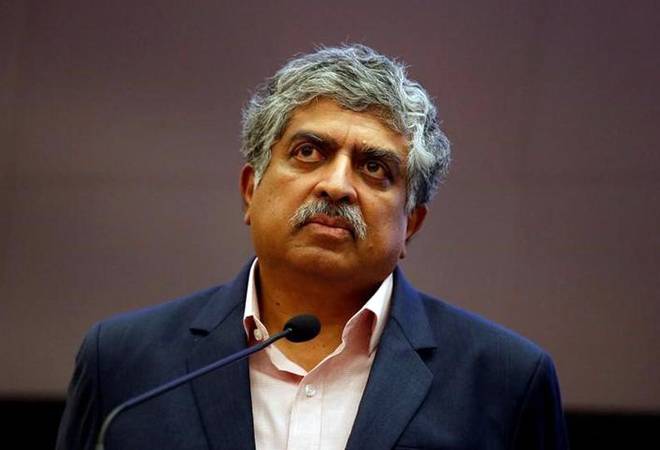 With COVID-19 accelerating digital adoption worldwide, Nandan Nilekani, Co-founder and Chairman of Infosys, said that the company has been successful in reinventing itself to be a 'digital native kind of company'. Speaking at a virtual meet, he outlined three major trends - cloud adoption, cyber security and re-skilling - at the forefront of digital way of doing things emerging from the consumer side that are penetrating large companies in a big way. With large companies still on legacy systems, "This is a huge challenge for companies and we call this challenge 'crossing the software chasm'," said Nandan.

Overcoming such a challenge seamlessly without affecting clients requires corporations to fundamentally reinvent themselves, and "Infosys has done a terrific job of completely reinventing itself," he further added.

At a recently held analyst meet, the company had outlined that over the next three years, data, AI, cybersecurity, platforms, IoT and modernisation of apps present a $500 billion opportunity and  digital, large deals, client mining and new client additions are expected to be key revenue drivers. The company also recently launched Infosys Cobalt, its first cloud brand, to tap into the massive market opportunity in the migration and maintenance space. Infosys Cobalt currently has 35,000 associates working in the space and over 200 solutions which speed up cloud implementations while reducing risks.

Also speaking at the virtual meet, Salil Parekh, MD and CEO of Infosys, said that the company is taking up a tremendous amount of reskilling for their employees and a lot of employees are themselves opting to re-skill. Infosys has incentivised the process and is also helping accelerate the movement in their career. Indicating a good quarter, he added that the third quarter has seen good momentum and activity from their clients. While the company had initially anticipated pressure in pricing, Salil said that it has played out on the contrary, with no significant pricing pressure or any delay or impact in the decision making by companies.

In the last quarter, Infosys announced a multi-year deal with Vanguard pegged at over $1 billion and one among many of such deals in the markets that even peers have reported. From Infosys' standpoint, he said that while some portion of such large deals were renewals, many of them were new deals.