Infosys will deal with concerns over governance issues, says Nilekani

Infosys would deal with concerns raised by shareholders with regard to a whistleblower's letter complaining about governance issues, its Non-Executive Chairman Nandan Nilekani said today. 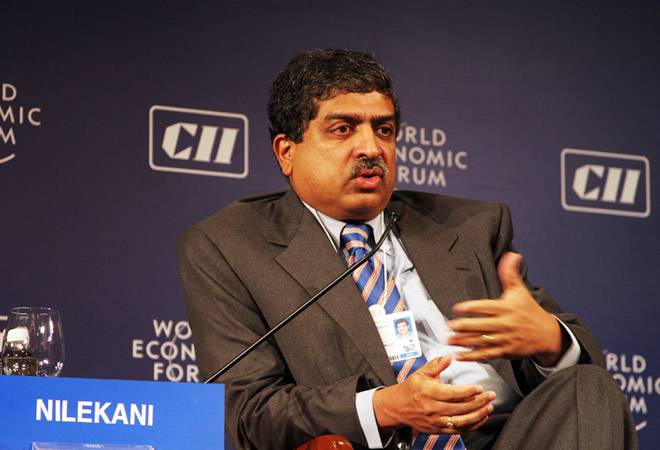 Infosys would deal with concerns raised by shareholders with regard to a whistleblower's letter complaining about governance issues, its Non-Executive Chairman Nandan Nilekani said today.

"The shareholders keep on raising such issues from time to time and the company will deal with them. We are focused on our business and customers," he told reporters here on the sidelines of Infosys' 37th annual general meeting.

"Our customers are undergoing enormous transformation and disruption, and we hope to build on this and we are very confident of our bright future ahead," he added.

The whistleblower had written a letter to SEBI in May this year alleging that Nilekani had failed to uphold the highest standards of corporate governance practised earlier by it.

The letter also had said Nilekani was a "huge disappointment" and that he had "failed to uphold the highest traditions of corporate governance" that were practised by the company earlier.

It also had said Infosys had "quietly revealed", in its annual report, that it had signed agreements for mutual release of claims with three directors, including former Chairman R Seshasayee and Jeff Lehman (ex-head of nominations and remuneration committee).

The only reason why the company signed such a claim release agreement with those directors is because they found certain wrongdoings in investigation reports, it said.

Last year too, Sebi had received whistleblower complaints questioning the role of some company executives in the acquisition of Panaya by Infosys.

Infosys faced months of protracted standoff between its founders led by N R Narayana Murthy and the previous management over issues of corporate governance and compensation to former executives.

Nilekani also fielded some questions from shareholders during the AGM.

On the absence of company founders including N R Narayana Murthy at its 37th AGM, Nilekani said, "I think everyone attends (the AGM) if they can, and if they are travelling, then they can't. I think we should think of every year as 25 years of celebration (hence such questions do not arise)."

Asked if he has been interacting with stakeholders including Murthy, CEO Salil Parekh said, "I have regular interactions. They have been very pleasant and so far it has been in a sense of driving our goal for the future."

On mergers and acquisitions, Parekh said he has a team looking at it and will share the information as things develop in this regard.

Nilekani said the company would look into the suggestion of having Narayana Murthy on its board.

"There is question why should not Murthy be on the company's board. That is a suggestion and we would look into it," he said.

Nilekani said he would continue in the office of non-executive chairman of the company as long as he wants, without accepting any compensation.

Replying to a query, he said the company has well-defined succession plan not only for CEO's post, but also for all key management personnel.

"The board and nominations and remunerations committee has well-defined succession plan, which is not only applicable for CEO, but also for all key management personnel," he said.