Infosys and Daimler AG deal is much bigger than the $1.5 billion Vanguard deal which was signed in August, this year. Wipro signed a $700-million deal with Metro AG 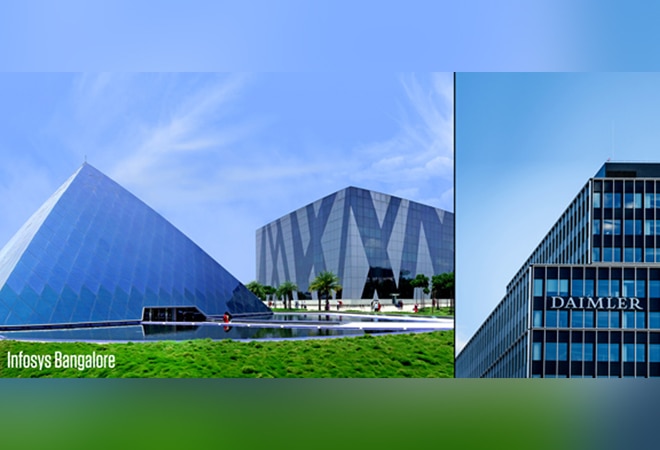 Infosys has reportedly won its largest deal ever from German automotive manufacturer Daimler that is estimated at $3.2 billion. Infosys and Daimler AG deal is much bigger than the $1.5 billion Vanguard deal which was signed in August, this year.

The new multi-billion dollar deal between Infosys and Daimler involves infrastructure overhaul and migration of the hybrid cloud environment. The deal will boost Infosys' presence in the automotive expertise, and for Daimler, it will help strengthen digital capabilities and core engineering.

After the receipt of all regulatory approvals, Daimler AG will transform its IT operating model and infrastructure landscape across workplace services, service desk, data centre, networks and SAP Basis together with Infosys.

On bagging this new deal, Infosys co-founder Nandan Nilekani wrote on Twitter, "A harbinger of the future in a multi-cloud enterprise world? Congratulations Infosys for an industry-defining partnership with Daimler".

"Infosys has deep expertise in helping our clients across the globe navigate their digital journeys, and as part of this strategic partnership, we look forward to setting a new standard for the automotive industry," said Salil Parekh, Chief Executive Officer, Infosys said.

As a part of this partnership, automotive IT infrastructure experts based out of Germany will transition from Daimler AG to Infosys. Infosys, which has seen many takeover deals of late, has integrated more than 16,000 employees through other partnerships in recent years. The transfer will also enable Infosys to bolster and grow its automotive business while offering Daimler employees strong prospects for long-term career growth and development.

On the other hand, software giant Wipro Ltd, also signed a million-dollar deal with Germany's general store firm, Metro AG. Wipro signed a $700-million deal with Metro AG that will see over 1,300 staff of the German wholesaler move to the Indian firm.

"The estimated deal value for the duration of the first five years is approximately $700 million. With the intention to extend up to four additional years, it can be a potential spend of up to $1 billion," Wipro said in a statement.

As a part of this transaction, Wipro will take over the IT units of Metro AG Metro-NOM GMBH in Germany and Metro Systems Romania S.R.L.

Wipro said it will deliver a complete technology, engineering, and solutions transformation programme for Metro as the latter positions itself as a Wholesale 360-degree provider in the hotel, restaurant and catering food industry.

"The take over is subject to customary closing conditions and regulatory approvals and is expected to close on or before April 30, 2021," Wipro informed.