Lenders have approached the NCLAT to vote against NBCC's bid, as the tribunal had last month barred them from rejecting the offer of the public sector firm 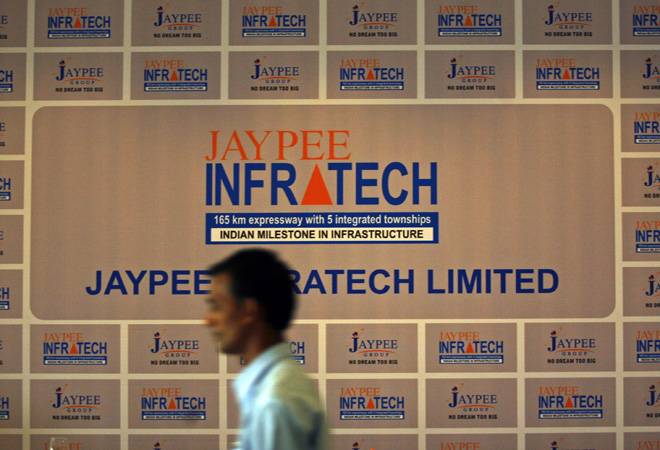 Lenders of Jaypee Infratech have filed a petition before the National Company Law Appellate Tribunal (NCLAT) to allow them to vote against state-owned NBCC's bid in an ongoing insolvency process, sources said.

The voting on NBCC's bid started on Friday and will continue till June 10.

On Thursday, the committee of creditors (CoC) had decided to put on vote NBCC's bid to acquire the debt-laden realty firm even as the bankers had a reservation on the state-owned firm not agreeing to dilute certain conditions in its offer including relief from future tax liabilities.

According to the sources, the IDBI Bank-led consortium has approached the NCLAT, seeking that secured financial creditors should be permitted to vote against NBCC's resolution plan or bid.

Lenders have approached the NCLAT to vote against NBCC's bid, as the tribunal had last month barred them from rejecting the offer of the public sector firm.

In their prayer, lenders have also pleaded that Jaypee Infratech's Interim Resolution Professional (IRP) Anuj Jain and the CoC should be allowed to explore other alternatives. This could include inviting fresh expression of interest and considering bids that already have been submitted by other companies.

Adani group recently made an unsolicited and non-binding bid to acquire Jaypee Infratech. It promised to infuse Rs 1,700 crore to expedite construction of stuck housing projects, besides offering 1,000 acre and Rs 1,000 crore for settlement of dues to lenders, fixed deposit holders and workmen.

Promoters of Jaypee group have also submitted a bid of over Rs 10,000 crore to regain control of the realty firm.

On May 17, the NCLAT had annulled the voting on NBCC's bid and directed the CoC to renegotiate with NBCC by May 30, so that voting could start on May 31.

The appellate tribunal had left it to the CoC to approve the resolution plan of NBCC "if it is in accordance with law."

However, the bench had said, "In case the CoC is not inclined to accept the plan, they will not pass any order of rejection without prior permission of this Appellate Tribunal as the matter relating to their voting share and other financial creditors is pending consideration."

On Thursday, the CoC decided to put on NBCC's bid even as the state-owned firm did not dilute its conditions related to exemption from future tax liabilities and seeking permission from the Yamuna Expressway Industrial Development Authority (YEIDA).

Sources had said on Thursday that the banks had reservations to NBCC's bid, but the CoC still decided to put the offer on the vote as per the direction of the NCLAT.

As many as 13 banks and over 23,000 homebuyers have voting rights in the CoC. Buyers have nearly 60 per cent votes and the rest lies with the bankers. For the bid to be approved, 66 per cent voters should be in favour of the deal.

The IDBI-led lenders' consortium had earlier this week written to NBCC that its bid would be considered "favourably" only if the public sector firm meets its five conditions.

"The resolution plan should reinstate 1,426 acres of land that was earlier offered to the secured financial creditors under the debt asset swap," law firm Cyril Amarchand Mangaldas has written on behalf of the lenders' consortium comprising 13 banks.

In its bid, the lenders said NBCC should undertake to get the requisite approval from YEIDA if the "deemed approval" from YEIDA as proposed in the bid for transfers of Yamuna Expressway and land to two special purpose vehicles (SPVs) are not approved by the adjudicating authority.

Lenders also put a condition that NBCC should also undertake to get a necessary nod from the income tax authorities for implementation of the bid if the relief sought by the public sector firm for any future tax liability is not approved by the adjudicating authority.

"Any income tax liability or GST liability or corporate tax liability which arises in future on account of transfer of land parcels, the same shall be borne by the resolution applicant and not by the secured financial creditors," the lenders had said.

The CoC is considering the bid of NBCC after the creditors earlier this month rejected a bid by Mumbai-based Suraksha Realty through a voting process.

Later, the panel decided to put on vote NBCC's offer even as bankers were opposed to this move citing certain conditions in the resolution plan submitted by the public sector firm.

In its latest offer, NBCC had proposed infusion of Rs 200 crore equity capital, transfer of 950 acres of land worth Rs 5,000 crore as well as Yamuna Expressway to banks and completion of flats by July 2023 in order to settle an outstanding claim of Rs 23,723 crore of financial creditors, including banks and homebuyers.

On this bid, lenders had reservations on certain relief and concessions sought by NBCC and sought clarification from the firm.