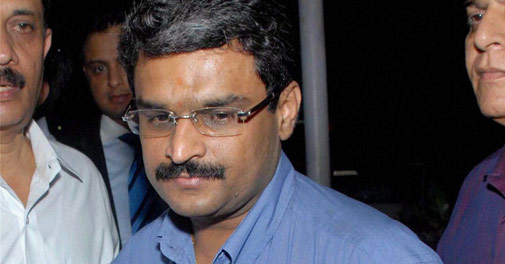 A Mumbai court has rejected the bail application of Multi Commodity Exchange (MCX) promoter Jignesh Shah, who was arrested in connection with the Rs 5600-crore National Spot Exchange (NSEL) scam.

Shah had maintained that he being a non-executive director of NSEL was not involved in its day-to-day operations. His claim was contested by the prosecution and lawyer of one of the NSEL investors who has been allowed to intervene by the court. They insisted that Shah was aware of the goings-on and was equally responsible for the scam.

Shah and Javalgekar were arrested on May 7.

The MCX promoter had come under the scanner of Economic Offences Wing and other agencies last year when NSEL, part of the Financial Technologies (India) Limited founded by Shah, faced a payment crisis as nearly 18,000 of its investors allegedly lost millions of rupees.

Meanwhile, the court, while granting Javalgekar bail on a bond of Rs 10 lakh, directed him report to the office of the Economic Offences Wing of Mumbai police every alternative day till the filing of the charge sheet.

The court also asked Javalgekar to surrender his passport to the investigating agency, besides directing him not to induce any person connected with the case.