JSW Steel to buy Welspun Maxsteel for over Rs 1,000 crore

Under the all-debt deal, Sajjan Jindal-led JSW Stell will take over the Rs 1,030-crore debt of Welspun Maxsteel. 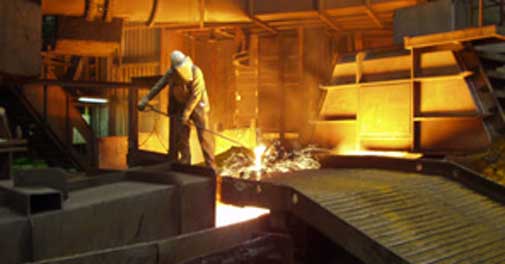 JSW Steel, the country's third largest steel maker, has entered into an agreement to acquire sponge iron maker Welspun Maxsteel in a deal worth over Rs 1,000 crore.

In a statement issued on the buyout, the Sajjan Jindal-promoted company said it would acquire the entire equity shares held by Welspun Enterprises in Welspun Maxsteel for an enterprise value of Rs 1,000 crore plus net current assets.

Welspun Maxsteel has a debt of Rs 1,030 crore on its books.

JSW Steel said the deal is subject to regulatory approvals and customary closing conditions as of August 31.

When contacted, Welspun Group Chairman BK Goenka told PTI that the sale is an all-debt deal, but a win-win for both the parties.

"We are quitting our steel-making business because it has no synergy with our core business. When we bought it in 2009, there was no issue with gas availability, but in the past few years we could not run the plant well due to paucity of gas. Therefore, the decision to exit," Goenka said.

This is the third big-ticket merger and acquisition (M&A) deal in the past 30 days.

Earlier, Adani Power announced it was buying troubled Lanco Infra's Udupi power plant for Rs 6,000 crore. This was preceded by Reliance Power signing a pact to acquire all the three hydroelectric power plants of Jaiprakash Associates.

The Welspun Group, owned by billionaire BK Goenka, had bought Vikram Ispat at Salav village in Raigad district of Maharashtra in May 2009 for Rs 1,030 crore from the Aditya Birla Group. Goenka renamed the company as Welspun Maxsteel to integrate it with his flagship business of high-end pipes primarily used in the oil and gas industry.

JSW Steel has an installed capacity of 14.3 million tonne per annum and is the third largest alloy maker in the country after Tata Steel and the state-run SAIL. However, its plants in Karnataka are running under stress due to non-availability of raw materials.

The company has a strategic goal to enhance its steel production to 40 MT in the next decade. Welspun Maxsteel is situated in close proximity to JSW Steel's Dolvi unit, offering complimentary infrastructure and location to augment the current envisaged expansions at Dolvi, the company added.

"This acquisition is value-accretive to JSW Steel due to synergies in supplying surplus pellets to Welspun Maxsteel and use of DRI from Welspun Maxsteel in the company's steel- making operations at the Dolvi plant," JSW Steel Joint Managing Director and Group CFO Seshagiri Rao said.

Rupee ends 9 paise up against US dollar