Kempinski's president for the Middle East and Africa, Ulrich Eckhardt, clarified that the chain would not have more than four or five addresses in India, in sync with its ' luxury is limited' corporate philosophy. 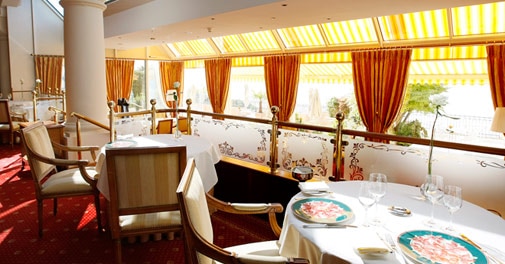 Kempinski, the world's oldest operator of luxury hotels, is in talks with potential partners for opening a property each in Mumbai and Kolkata, and a resort in Kerala.

Sharing this information with the hospitality industry media at the 176-year-old international chain's first address in India, Delhi's Kempinski Ambience Hotel, chief operating officer Duncan O'Rourke said the new hotels and the resort should be up and running within two to four years of the partnership agreements being signed.

Kempinski's president for the Middle East and Africa, Ulrich Eckhardt, clarified that the chain (or 'collection', as they would like to call it) would not have more than four or five addresses in India, in sync with its ' luxury is limited' corporate philosophy.

O'Rourke added: "London has Four Seasons hotels, so which one is the luxury hotel? Ours is the only international hotel company that caps its growth." At present, Kempinski manages 73 hotels; the number will go up to "88 in 12 months and 112 in the near future".

O'Rourke pointed out that Kempinski (2012 revenue: 1.1 billion euros), whose portfolio includes some of the world's landmark addresses, such as the Atlantic in Hamburg and the Villa Rothschild restaurant, is neither a " cookie cutter company", nor a " supermarket of different brands". He was alluding to the practice of hotel companies to enter a market with a bouquet of brands catering to different market segments. Kempinski operates only in the luxury market.

Originally a German brand, Kempinski is owned by the Thai royal family and its corporate headquarters is in Geneva. For a long time, it operated in India in partnership with The Leela group and, expectedly, O'Rourke was asked why did the marriage come to an end.

" India is very important for us, therefore we wanted to come in on our own once our contract with The Leela came to an end," he said.