The company has declared an interim dividend of Rs 3 per share that will be paid before May 10 and also pay Rs 4 a share in final dividend, besides Rs 20 in special dividend 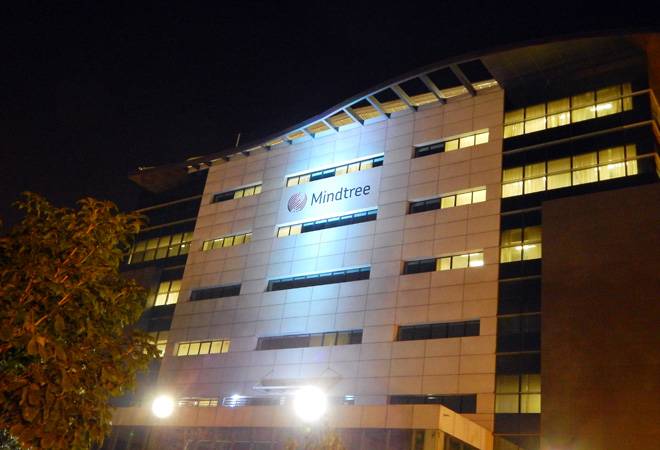 Mindtree announced the dividend while declaring its Q4 results

Ahead of a potential takeover of the company by L&T, Mindtree's board Wednesday proposed to pay a special dividend to its shareholders, including promoters, that along with regualr dividend and tax components would strip the mid-sized IT firm of about Rs 530 crore.

The company has declared an interim dividend of Rs 3 per share that will be paid before May 10 and also pay Rs 4 a share in final dividend, besides Rs 20 in special dividend -- a proposal subject to shareholders' nod at the firm's annual general meeting (AGM) in June or July.

"Given the company has about 16 crore shares, the special dividend at Rs 20 a share alone will translate to a cash payout of about Rs 320 crore. Along with interim and final dividends, besides tax components, the total payout will swell to about Rs 530 crore," company CEO and MD Rostow Ravanan told reporters here.

He was announcing the Q4 results of the company here.

By June or July, Larsen and Toubro (L&T) could hold significant stake in the city-based company.

Last month, L&T had acquired Cafe Coffee Day owner V G Siddhartha's 20.32 per cent stake in Mindtree, and placed an order with brokers to pick up another 15 per cent shares from the open market.

This triggered an open offer under which the infrastructure major will acquire an additional 31 per cent stake at Rs 980 a share. The open offer is slated to begin on May 14 and close on May 27.

Replying to a question, Ravanan said the company upholds the standards of governance and the recommendation of special dividend was made by the board in keeping with the practised norms of the firm.

However, the shareholders will have the ultimate say by using their votes in favour or against the board's recommendation in June-July after L&T's open offer ends on May 27, he added.

Replying to a query, Ravanan said the announcement was not meant to either benefit or hurt the interests of any of the shareholders.

However, the company would not be in a position to know the objections raised by the shareholders until the annual general meeting takes place, he added.

Asked about the reason for the company to change its stance from buyback to paying dividends, Ravanan said the company has to adhere to certain regulations after L&T had announced the open offer and hence the board decided to go for dividends, where there are no similar requirements to be met by the firm.

Asked if Mindtree anticipated any objection from L&T on its latest move, Ravanan said: "I have absolutely no idea.

When the AGM is held, all shareholders will get a chance to vote. But given the fact that it is an important milestone in the life of the company, and that it is in line with our policy of being shareholder-friendly and returning excess cash back to shareholders, this is absolutely in line with capital allocation policy," he said.