Alphabet CEO Sundar Pichai has the opportunity of a rejig in leadership at his hands with the exit of the Chief Legal Officer of Alphabet, David Drummond. Here's all that could happen at the parent company of Google 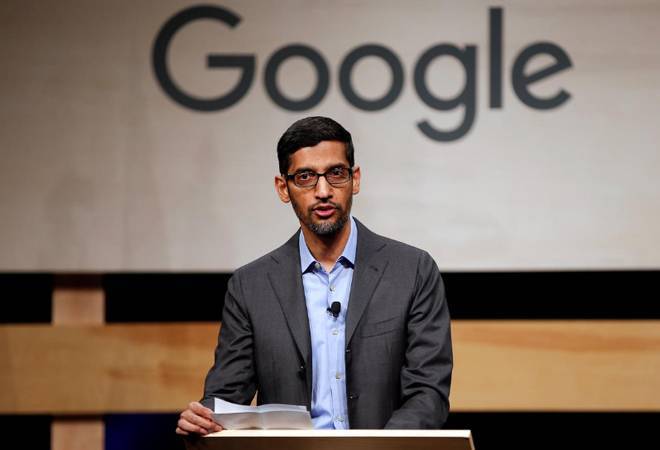 Alphabet's new Chief Executive Sundar Pichai on Friday gained the opportunity to reshape the leadership of Google's parent with the exit of Chief Legal Officer David Drummond, whose outsized strategic role was overshadowed by employee concerns about his personal relationship with a subordinate.

Drummond, also senior vice president of corporate development, had been with Google since its start in 1998. He incorporated the company as outside counsel, winning the business of co-founders Larry Page and Sergey Brin. He later spent nearly 18 years as the company's top lawyer and one of its few black executives.

Scrutiny centered on Drummond as the board last year investigated the company's handling of sexual misconduct complaints throughout its workforce, and he became a lightning rod for criticism about what some employees viewed as tolerance for poor behavior.

Pichai now has his first big chance to make his mark on Alphabet leadership since Page and Brin left him day-to-day reins of the company last month.

Drummond's last day is January 31, and a replacement has not been decided yet, Alphabet said.

"With Larry and Sergey now leaving their executive roles at Alphabet, the company is entering an exciting new phase, and I believe that it's also the right time for me to make way for the next generation of leaders," Drummond said in an email to employees shared by Google.

Some employees had questioned Drummond's role at the company after the New York Times in 2018 reported on an extramarital affair he had with subordinate, Jennifer Blakely, starting in 2004. She told the paper that she was effectively forced to transfer teams to comply with Google's workplace dating policy.

Blakely had a son with Drummond, but in August 2019 she publicly criticized him for not providing support. Drummond responded in a statement calling himself "far from perfect". Blakely did not immediately respond to a request for comment on Friday.

Some shareholders have urged Alphabet to make changes that had been within Drummond's purview, including greater financial transparency, bigger share buybacks and a management shakeup. Alphabet shares have risen 6.5 per cent this month as analysts expressed optimism about possible changes.

In a departure from company norm, Drummond is not receiving an exit pay package. In recent weeks, Drummond sold more than $200 million worth of his Alphabet shares, leaving him with about $90 million in company stock.

He remains a defendant, alongside other executives, in a lawsuit shareholders brought last year accusing Alphabet leadership of covering up sexual harassment scandals within the company including by awarding lavish exit packages to two top executives found responsible for misconduct.

"While we are glad to see Mr. Drummond is no longer with Alphabet, we still intend to hold him accountable for fiduciary breaches through our litigation," said Julie Goldsmith Reiser, attorney for the lead plaintiffs.

The board completed an internal investigation last month, but has not publicized findings. The litigation is in mediation, and the board's findings and resulting actions may become known as it goes on.

Pichai in 2018 said Google made mistakes in some cases and introduced new procedures aimed at creating equity and transparency in harassment investigations.

"I am fully committed to making progress on an issue that has persisted for far too long in our society... and, yes, here at Google, too," said Pichai, who at the time was Google CEO and had not yet gained the additional title of Alphabet CEO.

The #MeToo movement has forced major shake-ups in management and harassment policy across corporate America.

Through blog posts, congressional appearances and media interviews, Drummond's presence was felt in nearly every public battle the company fought as it crippled traditional businesses in media and telecoms on its way to online dominance.

Drummond has described himself as a diversity advocate, telling Fortune in 2017 that he "pushed" the company to do more on the issue. He encouraged Google to publish data about the demographics of its workforce, and in 2014 he marched into a companywide meeting and spoke alongside colleagues frustrated by police violence against young black men.

When Google re-organized under the Alphabet umbrella in 2015, Page elevated Drummond's role beyond managing the company's legal and regulatory problems to overseeing its investment funds and far-off ventures.

Earlier in his tenure, he beat a lawsuit lodged by insurer Geico that would have undermined the company's now-massive search ads business. He settled with Viacom a copyright infringement lawsuit that could have crushed YouTube on its way to becoming the top online video destination. And he fended off five major book publishers to enable Google to make their copyrighted works searchable online.

Drummond tussled on behalf of Google with rival Microsoft Corp for a decade on executive poaching, anticompetitive conduct and patents, with each company taking its share of licks.

As Google's lead dealmaker, Drummond oversaw billions of dollars' worth of acquisitions including of YouTube, DoubleClick and Motorola.

Drummond for a time served as the public face of strong stands against governments around the world. He has regularly advocated for freedoms of speech, and in 2010, he called for trade sanctions on countries that censor the internet, such as China and Turkey.