Beijing-based Lenovo said the restructuring would yield savings of about $1.35 billion on an annual basis. But the difficulty in selling handsets, combined with a continuously shrinking global market for PCs, meant the firm was facing its "toughest market environment in recent years", Chief Executive Yang Yuanqing warned. 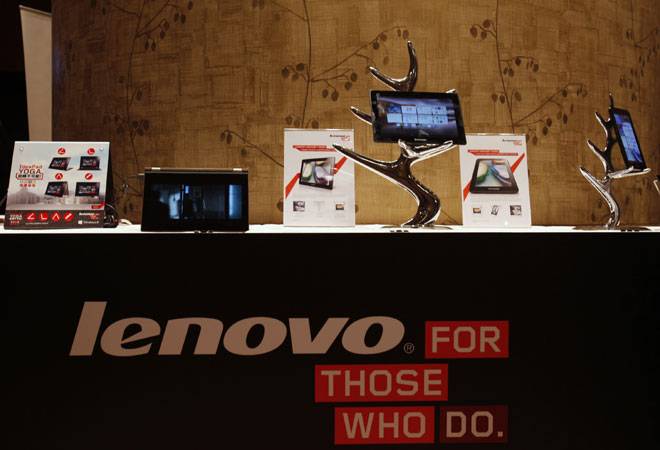 China's Lenovo Group will lay off 10 per cent of white-collar staff after sales of Motorola handsets fell by a third, raising doubts over the personal computer giant's bet that a money-losing brand it bought for nearly $3 billion will help it become a global smartphone leader.

Shares in the world's biggest maker of PCs slid nearly 9 per cent on Thursday after it said its quarterly net profit was halved as its mobile division lost nearly $300 million. Lenovo, which uses the US dollar in operations rather than the recently devalued Chinese yuan, said it plans to cut about 3,200 non-manufacturing jobs with a one-time cost of $600 million.

Beijing-based Lenovo said the restructuring would yield savings of about $1.35 billion on an annual basis. But the difficulty in selling handsets, combined with a continuously shrinking global market for PCs, meant the firm was facing its "toughest market environment in recent years", Chief Executive Yang Yuanqing warned.

"I still believe mobile is a new business we must win," Yang told Reuters in an interview, saying Lenovo's ambition to rival Apple Inc and Samsung Electronics in smartphones remains undimmed.

"I still believe this acquisition (Motorola) was the right decision...Except Apple and Samsung there is no third strong (global) player. I believe that will be Lenovo."

Motorola, bought from Google Inc last year for $2.91 billion, shipped 5.9 million handsets in the quarter, a 31 per cent decline from a year earlier. Yang cited poor sales in Brazil and China, saying Lenovo would prioritise marketing smartphones outside its home turf, where market saturation and price wars have hobbled firms from Samsung Electronics to domestic startup Xiaomi Inc.

"The market was worried about a slowdown at Motorola and the China market share decline, and then they reported the investors' worst fears," said Nomura analyst Leping Huang. He said the stock drop could have been worse: "It's quite positive they can move so quickly to announce cost reductions and inventory writeoffs."

For the quarter, revenue rose 3 per cent to $10.7 billion, but missed analyst expectations for $11.29 billion, according to analysts polled by Thomson Reuters SmartEstimates. Net profit plummeted 51 per cent to $105 million, but analysts had estimated it would fall 59 per cent.

Looking ahead, executives downplayed the effect of China's yuan depreciation, saying the company was well hedged and its gross margins would be largely unaffected. Yuan depreciation has "no significant implication to our cost of borrowing," said Chief Financial Officer Wong Waiming.