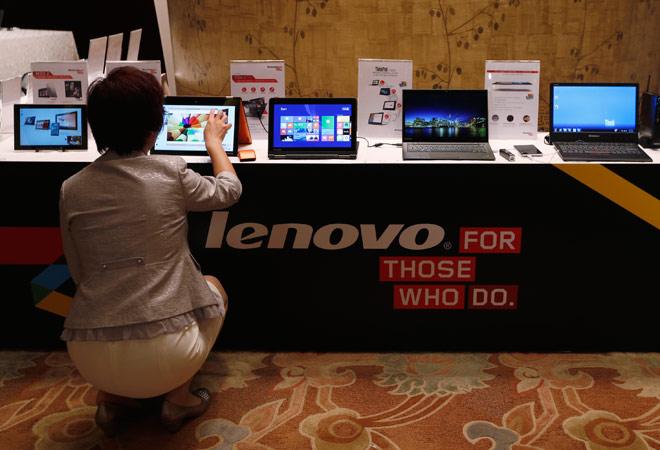 The Chinese technology firm, which has been muscling its way into the smartphone market, said its revenue for the quarter climbed up by 7 per cent to US $10.5 billion, but sales from its mobile device division plunged 6 per cent to US $1.4 billion.

Still, the Beijing-based company, tightened its hold over global PC sales even as the broader market shrunk. Sales of both laptops and desktop computers rose 0.9 per cent and 6.4 per cent, respectively.

Lenovo's net income stood at US $262 million, exceeding the US $260 million expected by analysts, according to Thomson Reuters SmartEstimates.

The company additionally named Jerry Yang, the Yahoo co-founder, to its board of directors. Yang, who is also an Alibaba Group Holding director, formerly served as a Lenovo board observer.

Shares of Lenovo shed 2.46 per cent in Thursday afternoon trade, compared with a 0.1 per cent decline in the benchmark Hang Seng index.

Infosys to hire 2,100 people in US to boost global presence