The job cuts are the first step in a three-year reorganisation plan announced this year by Hong Kong's flagship carrier. 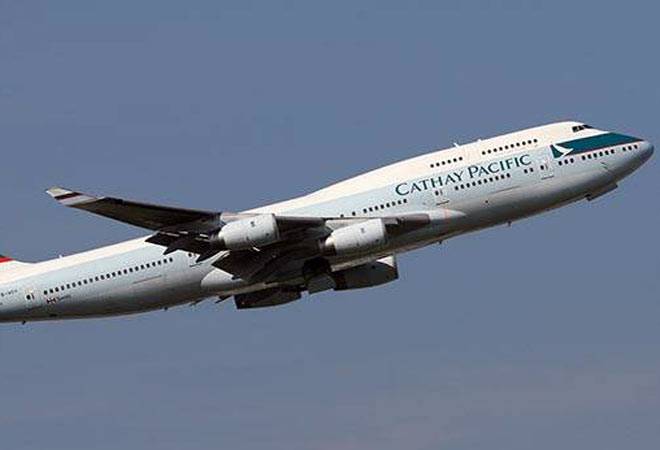 Cathay Pacific Airways Ltd said on Monday it was cutting 600 jobs, its biggest headcount reduction in almost two decades, as it seeks to return to profitability in an industry battered by falling ticket prices.

In addition to cheaper tickets - the result of low fuel prices that led airlines to increase capacity - premium Asian carriers like Cathay and Singapore Airlines Ltd have had to contend with competition from mainland Chinese airlines that are expanding international routes aggressively.

The job cuts are the first step in a three-year reorganisation plan announced this year by Hong Kong's flagship carrier. It posted an annual loss last year, its first since 2008, and is expected to be in the red again this year. Singapore Airlines, which made a loss in its latest quarter, has also announced a strategic review.

"We have had to make tough but necessary decisions for the future of our business and our customers," new Cathay Pacific Chief Executive Rupert Hogg said in a statement.

The cuts represent 25 percent of management staff and 18 percent of non-managerial positions at its Hong Kong head office. The company had some 33,700 employees globally as of March.

Shares in Cathay rose 2 percent after the news and have climbed 13.3 percent for the year to date.

Singapore-based UOB Kay Hian analyst K. Ajith said these were the largest job cuts at Cathay since the 1998 Asian financial crisis and should save it at least HK$500 million ($64 million) annually, or around 6 percent of total staff costs, adding that the airline should also consider reducing routes flown.

"It's not just Cathay that has to do it but other carriers as well," he said.

"We have to see global capacity additions come down and airlines would have to mothball aircraft, instead of trying to still utilise and cover some of the costs associated with that."

In addition to job cuts, the airline has said it will consider shifting more routes to its short-haul arm, Cathay Dragon.

The appointment of Hogg, who was promoted from chief operating officer to chief executive this month, underscores the urgent restructuring task facing the airline amid aggressive expansions by rivals, analysts have said.

China's Hainan Airlines on Monday said it would spend $4.2 billion on new planes as it expanded its fleet to take advantage of strong demand from Chinese travellers.

Cathay Pacific said no frontline employees, cabin crew or pilots would be affected by the job cuts announced on Monday because the airline was still growing, but staff in those positions would be asked to deliver productivity improvements.

How new tax rates under GST will affect your restaurant, hotel bill