Maggi is back under the scanner after samples collected by the district administration of Shahjahanpur, Uttar Pradesh, reportedly contained ash content above the permissible limits of human consumption. 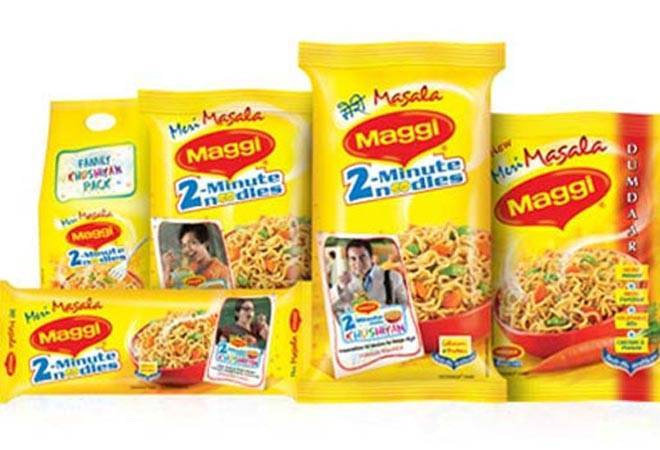 First the brouhaha was about excessive lead content, and now it's allegedly too much ash. Maggi, India's favourite instant noodles brand, is back under the scanner after samples collected by the district administration of Shahjahanpur, Uttar Pradesh, reportedly contained ash content above the permissible limits of human consumption.

According to NDTV, district officials familiar with the matter said the samples had been tested at a state government laboratory. After hearing representations from Nestle officials & distributors for the one-and-a-half years since the samples were taken, the Shahjahanpur administration decided to impose a fine of Rs 45 lakh on Nestle India Limited, the makers of Maggi noodles, plus a fine of Rs 17 lakh on Nestle distributors in the region, taking the total penalty to Rs 62 lakh.

The FMCG company, however, has claimed not to have received any such order yet. "While we have not received the orders passed by the adjudication officer, we have been informed that the samples are of the year 2015 and the issue pertains to 'ash content'. This appears to be a case of application of incorrect standards, and we will file an appeal urgently once we receive the order," said a Nestle India spokesperson.

It would seem that UP is not too fond of instant noodles. The huge 2015 controversy over the excessive lead content in Maggi, which led to the product being banned by the FSSAI, started when a food inspector at the UP government's Food Safety and Drug Administration decided to verify the brand's "no added MSG" (monosodium glutamate) claim back in May 2014.

Then, in February last year, the state's food safety department found samples of Knorr and Ching's to be "sub-standard" with ash content in the tastemaker exceeding the prescribed limits, and another team of Food Safety and Drugs Administration (FSDA) based in Meerut accused Patanjali Atta Noodles samples of the same thing two months later.

The Maggi brand will certainly be hoping that this new controversy quickly blows over, especially since it is yet to recover the ground it lost two years ago-its current market share is around 60% compared to 75% prior to the ban. By the time it returned to the market shelves in November 2015 post courtroom battles, and had further testing prove it to be safe for consumption in April 2016, it had not only lost more than Rs 1,000-crore in sales but taken a far more serious hit to its brand image.

According to media reports, following this controversy. Nestle India along with other companies had requested authorities to set standards specific to instant noodles to avoid confusion amongst enforcement officers and consumers. "The standards have since been introduced and the product (Maggi) complies with these standards. We regret the confusion it may cause to consumers," said the Nestle spokesperson, adding that "We strongly reiterate that Maggi Noodles are 100% safe for consumption."

ISRO is planning to launch one rocket every month in 2018