Maruti, the country's largest car maker, is banking on factors like lower fuel prices and the likely softening of interest rates to offset the impact of increase in vehicle prices. 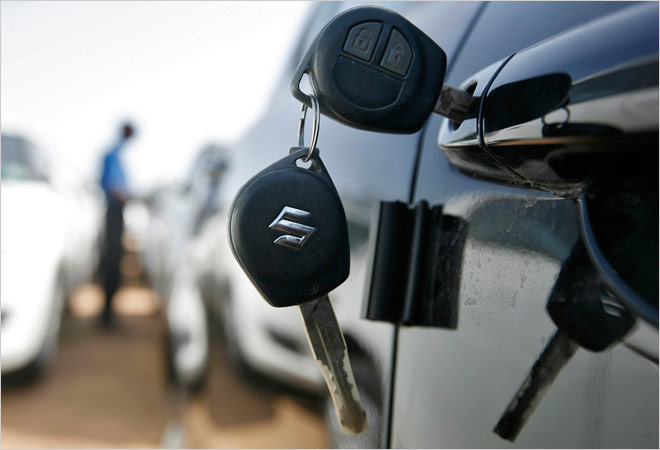 Maruti Suzuki India says that the price hikes following the withdrawal of excise duty concessions will not affect auto sales as it gears up to enter new segments in 2015.

Maruti, the country's largest car maker, is banking on factors like lower fuel prices and the likely softening of interest rates to offset the impact of increase in vehicle prices.

"Ultimately you have to look at the total affordability factor for the customer. While the car prices have gone up, if interest rates come down, if petrol prices come down it will offset the increase in price," Maruti Suzuki Chairman RC Bhargava told PTI on the sidelines of an event.

Around 70 per cent or so of the customers buy via financing and the EMI for this 4 per cent increase is not going to be all that significant, he added.

With the government not continuing with lower excise duty beyond December 31, major car makers including MSI, Hyundai, GM India and Honda have raised vehicle prices by up to Rs 1.27 lakh.

Commenting on the MSI's plans for 2015, Bhargava said the company would get into areas where it was not present previously.

The company's SX Cross is scheduled to hit the market in the first half of 2015, while the LCV is also expected to follow suit.

Commenting on the need for research to come up with low-cost hybrid technology for small cars, Bhargava said, "... Government might like to consider that when they are supporting electric car makers, the next stage of support is the development of a hybrid and my view was that they should support R&D rather than the finished product."

When asked about the impact of decline in oil prices on the domestic economy, Bhargava said, "As far as economy is concerned our current account deficit and out foreign exchange outgo will all become better.

"It has enabled the government so far to only partially pass the reduction in prices to the consumer. Rest they have absorbed as additional excise duty and are using that money, as Finance Minister said, for road building. So, its a great benefit to the economy as a whole," the MSI chairman added.

On its impact on MSI, he said the declining oil prices "should result in some of the commodity prices being favourably impacted".

Bhargava said the changes in the manufacturing sector after the Prime Minister Narendra Modi-led government came into power is yet to be seen but "it will come because some of the changes which are being announced and implemented take time to work through the system".

"But the intention is very clear. The understanding is there. So I think we will have benefits coming towards in second half of this year," he added.