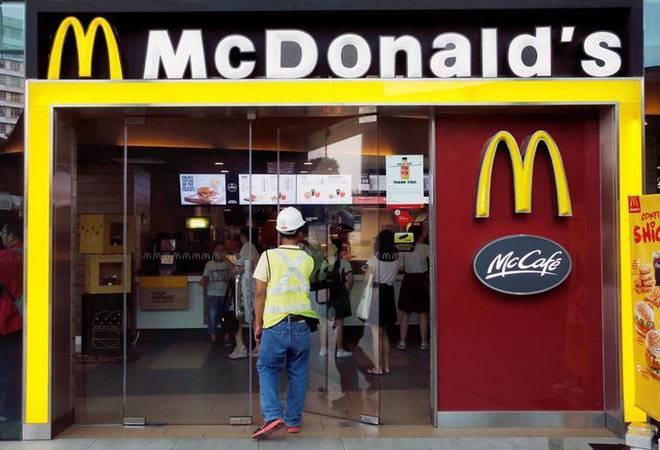 Global fast food chain McDonald's subsidiary in India posted its first-ever profit after 22 years of business in the country. The company managed to earn a net profit of Rs 65.2 lakh in FY 18 after making a provision of Rs 198.2 crore in its financial statements in June to cut back losses accumulated due to a legal battle with estranged franchise partner CPRL. The company's operations in India were managed by the two companies -- Connaught Plaza Restaurants (CPRL) and Westlife Development. The CPRL handled McDonald's north and east business. Westlife operated in south and west part of the country.

In 2016-17, the company's net loss had surged to Rs 305 crore. So far, the company has registered an accumulated loss of Rs 421 crore ever since it set footprints in India in 1996. "The company has not only been able to stem any further erosion of its net worth but has also been able to successfully reverse the trend of erosion through the infusion of fresh capital," McDonald's India said in its latest regulatory filing. The company's income earned through royalty also grew 8 per cent to Rs 119.6 crore.

The legal battle between McDonald's and CPRL, which is owned by its India partner Vikram Bakshi, has been going on for five years. Its northern and eastern business is still operated by Bakshi's company, despite the company terminating the franchise agreement of 169 outlets last year. It began in 2013 after fast food giant removed Bakshi as the Managing Director of CPRL.

The National Company Law Tribunal later reinstated him and also refrained McDonald from interfering in the functioning of CPRL besides appointing an administrator to oversee the smooth functioning of CPRL. The battle gained momentum after Bakhshi's ouster turned ugly as McDonald's India terminated the franchise agreement of 169 outlets in August 2017. Both the parties are now fighting out their case in various legal forums including NCLT, NCLAT and Delhi high court.