Microsoft is the most attractive employer in India, finds Randstad survey

The Randstad Award, instituted globally by leading HR services provider, Randstad, aims to encourage best practices for talent attraction and to identify the best 'Employer Brand' in the country based on perceived attractiveness of a company. 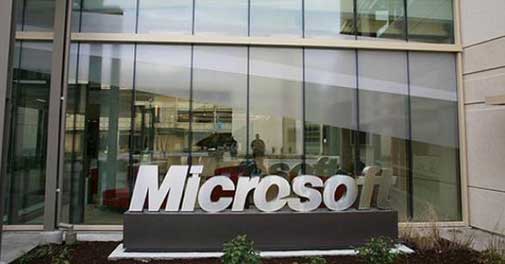 Microsoft has won the Randstad Award 2014 for being the 'Most Attractive Employer' for the fourth consecutive year in India, Sony India is the runner-up, while 'special recognition awards' have been given to Larsen & Toubro in the infrastructure sector, State Bank of India in the banking sector, Taj Group of Hotels in the hospitality sector and Tata Power in the energy sector.

The Randstad Award, instituted globally by leading HR services provider, Randstad, aims to encourage best practices for talent attraction and to identify the best 'Employer Brand' in the country based on perceived attractiveness of a company.

One of the key highlights of Randstad's survey relating to employers and employees is that salary remains the most important factor in India, and next comes job security, followed by the employer's financial strength. While men in India prefer companies which offer competitive salaries, job security and are financially healthy, women look for a good work atmosphere, accessibility and flexible working hours. The survey goes on to add that globally, honesty, security, intelligence and reliability are key characteristics that potential employees look for in an employer.

The most attractive sectors by attribute are IT, Communications, Telecom and ITeS followed by FMCG, Durables, retail, BFSI and consulting. Moorthy K. Uppaluri, MD and CEO, Randstad India, said, "This year's survey results show a continuing trend in line with the economic cycles in India. The findings show an inclination towards a competitive salary and high job security that reflects the current market sentiments. The survey captures the levers that influence the perception of company choice by individuals where 'honesty, security and reliability' ranked the highest in symbolic values. The survey being a reflection of employee sentiments in India, I am confident that with these insights companies will be able to focus on the key elements that will help them establish their employer brand, thereby attracting the right talent for the right job".

Employer branding is one of the most important ways to distinguish a company. This year, 23 countries participated in this survey, covering 75 per cent of the global economy, and covered over 200,000 respondents. It emphasized on respondents aged under 40, the target audience of the survey. In each country, 150 large companies with 1000 plus employees are chosen for the survey. In India, the survey was conducted an audience of 8015 respondents.

There is something unique about this survey. For instance, unlike similar surveys, HR officers, staff or experts are not invited to take part in the survey to maintain objectivity. Instead the respondents are asked to identify the companies they recognise and then to indicate whether or not they would like to work for them. The next step involves the relative effectiveness of each of the selected companies based on 10 factors.

The Randstad Award identifies the most attractive companies in the target countries. The survey findings are used to produce three kinds of reports focused on companies, countries and sectors. It noted that the attractiveness of employer brands increased by 4 per cent worldwide, 2 per cent in India, a steep increase of 6 per cent in China, the US, Belgium and France while it's stable in Germany and New Zealand.