Known as 'Lone Wolf', Zhong Shanshan has also eclipsed another Chinese giant, Jack Ma of Alibaba. His rise to top in Asia is believed to be "one of the fastest" in history as he was little known outside of China until this year 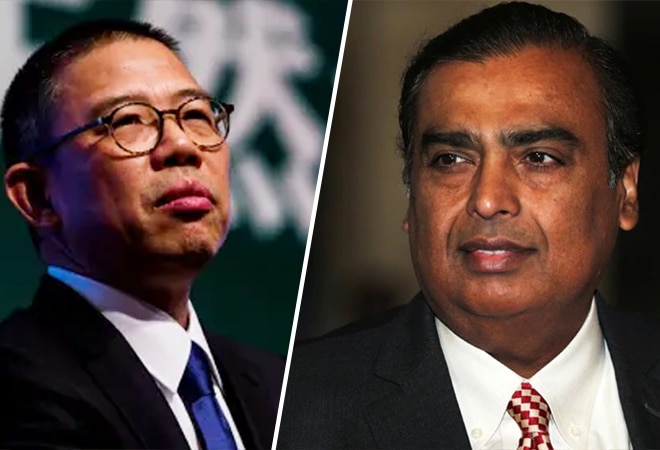 Both these companies saw their shares rise 155 per cent and 2,000 per cent since their market debut this year. This has taken Zhong's net worth to $77.8 billion from $70.9 billion earlier this year, making him the 11th richest person on the planet, the Bloomberg Billionaire Index says.

Known as the 'Lone Wolf', Zhong has also eclipsed another Chinese giant, Jack Ma of Alibaba. His rise to the top in Asia is believed to be "one of the fastest" in history, reported Bloomberg, adding that he was little known outside of China until this year.

Mukesh Ambani slipped from the top spot in Asia despite striking extraordinary deals with some of the leading tech giants, including Google and Facebook. This took his net worth from $18.3 billion to $76.9 billion now. But his company's shares took a major hit due to pressure to bring in digital transformation he promised.

Both Shanshan's companies, Nonfu and Wantai, are top in their respective fields -- former is the market leader and later is developing vaccines. The fall in the shares of China's tech companies amid increased government scrutiny also led to a climb in his ranking.

Alibaba co-founder Jack Ma's net worth has toppled around $11 billion since the end of October as China has increased scrutiny of the e-commerce giant along with the country's other tech heavyweights. Ma's wealth has dwindled to $50.9 billion from a peak of $61.7 billion, making him the 25th richest person in the world, the Bloomberg Billionaires Index suggests.

Mukesh Ambani recently dropped down to eleventh position in the Bloomberg Billionaires Index after reaching the fourth spot earlier this year. The Bloomberg Index shows Ambani's wealth at $76.5 billion, down from $90 billion earlier this year. Sergey Brin, co-founder of Google, and Larry Ellison, Executive Chairman of Oracle Corporation, held the ninth and tenth positions, respectively, with total net worth of $76.2 billion each.