The Economic Offences Wing of the Mumbai police has attached the properties in addition to Rs 145 crores in bank accounts of people connected with the scam and other defaulters. 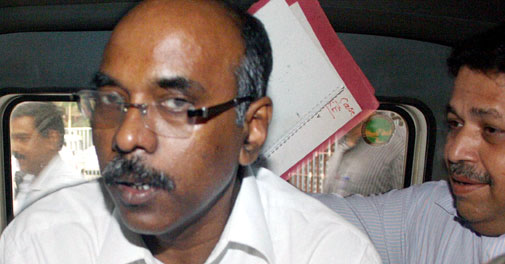 In a significant move the Economic Offences Wing (EOW) of the Mumbai police, which is probing the Rs 5,600 crore payout scam involving the National Spot Exchange Ltd (NSEL), has attached 100 of the 166 properties of the defaulters it has identified so far, besides seven flats of the exchange's former top officials who were arrested in the case.

"166 properties that include residences, offices, industrial units and lands of the defaulters or borrowers were identified so far for the purpose attachment... As of now, we have attached 100 properties of the borrowers," Additional Police Commissioner (Economic Offences Wing) Rajvardhan Sinha said on Wednesday.

The EOW has attached the properties in addition to Rs 145 crores in bank accounts of people connected with the scam and other defaulters.

To a question, the IPS officer said that value estimation of the attached properties had not been done yet.

Apart from this, three plush flats and a Range Rover car of arrested accused Anjani Sinha, former CEO of NSEL, were also seized. Two flats each of the arrested accused Amit Mukherjee and Jay Bahukhundi (both mid-level executives of the bourse) were attached as well, police said.

EOW has so far arrested five persons in the case - Anjani Sinha, Amit Mukherjee and Jay Bahukhundi of the NSEL, and borrowers Nilesh Patel, managing director of N.K. Proteins, and Arun Sharma, chairman of Lotus Refineries and also a film financier.