In an interview, eldest daughter Arunachalam accused her extended family of uncles and male cousins of denying her to execute her father's will 'just because I am a woman' 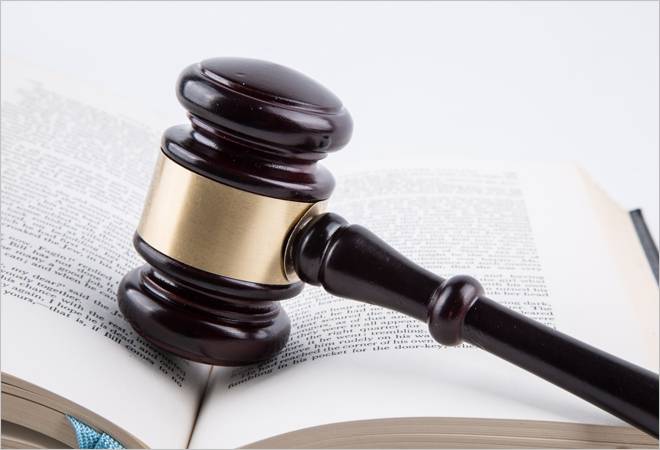 Arunachalam, her sister Vellachi Murugappan and their mother MV Valli Murugappan together hold 8.15 per cent stake in the holding entity that controls 28 registered entities and 10 listed companies

Fighting a boardroom battle at multi-billion dollar Murugappa Group previously headed by her late father, US-settled nuclear scientist Valli Arunachalam on Thursday said she would be forced to take legal recourse if an amicable settlement is not reached soon, and alleged that she is being denied a board seat just because of being a woman.

"I have lots of patience but it''s not infinite," said Arunachalam, the New York-based eldest daughter of late Murugappa Group patriarch MV Murugappan.

In an interview here, she accused her extended family of uncles and male cousins of denying her to execute her father's will "just because I am a woman".

After being the executive chairman of the nearly Rs 40,000-crore diversified group that runs around 30 companies, ten of them listed, for over two decades, MV Murugappan passed away in September 2017, leaving a probate will bequeathing his 8.15 per cent stake in the group holding firm Ambadi Investments to his wife and two daughters.

It can be noted that Arunachalam has chosen to go public with her grievances weeks after the National Company Law appellate Tribunal reinstated Cyrus Mistry as the chairman of the Tata Group, and also declared that his family is legally qualified to hold a board position in the group as a minority shareholder.

"After I went public with my demand for a board position or an amicable settlement through a buyout of our significant stake in the Ambadi, both of which have so far been rejected by the board of my extended family members, who run it. I have read last week that they are working on a corporate governance plan at the company.

"I am keen to know how they are going execute it and how soon. Though I have lots of patience, I would like to remind them that my patience is not infinite" Valli, who holds a PhD in nuclear engineering, told PTI in an interview.

She also said that if an amicable settlement is not happening at the earliest, she will be "forced to take legal/regulatory recourse" (including moving the NCLT and the ministry of corporate affairs).

But despite pressing for a timeline, she refused to put a deadline for resolution -- getting a board position or selling the 8.15 per cent stake to other family members, according to her late father''s will, at a fair value.

Though she said that they had submitted a valuation, but refused to quantify the same, citing confidentiality.

Her family is not represented on the board, which she squarely blames as "gender discrimination".

"I am being denied a board position just because I am a woman," she said, and points out that "my uncle MV Subbiah, who has long ago retired as the chairman but still controls everything at the group and is also the sole spokesperson for the rest of the family barring my immediate family. He has been on record in an email in October that I am not eligible for a board position as the Murugappa family has no history of a woman getting into the company nor I have any experience".

She wondered if working with some of the top Fortune 500 companies for 23 long years is not good enough experience to be a board member of the company her father built.

All the eight board members are male and of them six are from her extended family -- two uncles and four cousins -- who while joining the company in their early youth had no experience at all, she claimed.

"My sister and I are well educated, we have many years of experience, and there is no reason why our skills cannot be transferable or applicable to the family business," she said, adding her sister is a software engineer with a decade of experience.

Arunachalam said she first wrote an email to chairman MA Alagappan and company secretary P Eswaran and the board members on August 13, 2019, seeking a board position or asking them to buy out their stake at a fair value.

"The mail was responded to in later October not by any of the addressees but by MV Subbiah who clearly ruled out the first demand saying ''Murugappa family clearly keep women out of business'' and with no experience I am not eligible and ignored the second demand," she said, adding that her family gets paid the dividends and bonuses on time and the issue is not money but getting her rights and also securing corporate governance at the company her father built.

Prior to that Ambadi had AGM on August 19, wherein they refused to take her proposals and the questions sent via emails to the company secretary, forcing her seek a copy of the video recording. But that was also denied, saying it was meant for board members only, she alleged.

"This was the trigger for me to go public," Arunachalam said, adding that she had first suggested them to buy her family stake more than two years ago to settle things amicably.