Nandan Nilekani is ready to quell the fire at Infosys, but there are challenges

He was hailed as the person best capable to quell the fire at Infosys, after co-founder Narayana Murthy's relentless tirade against the company board, especially former CEO Vishal Sikka and former co-chairman R Seshasayee, on issues related to corporate governance. 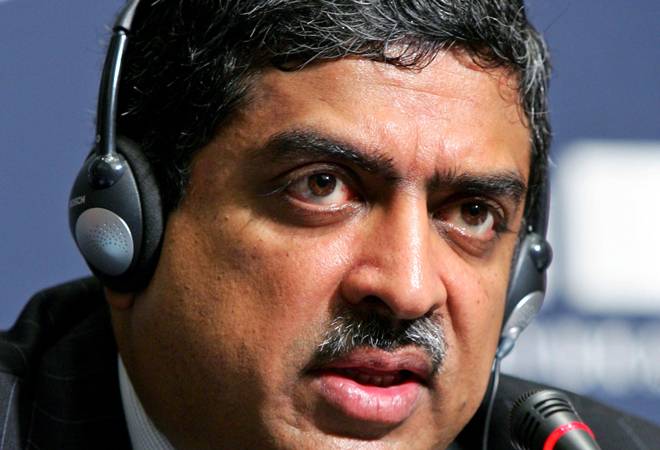 Some striking about Nandan Nilekani are his affable attitude, his pleasant demeanour and his optimism that always hinges on the art of the possible. That forms part of his armour as he readies for yet another innings at Infosys as its non-executive chairman, a decade after he had retired as CEO from 2002 to 2005.

He was hailed as the person best capable to quell the fire at Infosys, after co-founder Narayana Murthy's relentless tirade against the company board, especially former CEO Vishal Sikka and former co-chairman R Seshasayee, on issues related to corporate governance.
Nilekani, who shot to international limelight after a reference to his leadership at Infosys in Thomas Friedman's 2005 bestseller The World is Flat - A Brief History of the Twenty-First Century, was seen as the person who can best assuage Murthy and prevent further damage to a company which reportedly lost nearly Rs 36,000 crore in investor wealth in just two days after the Sikka's resignation on August 18.
Nilekani, 62, who started his career in 1978 at Patni Computer Systems where he met Murthy, was not only a co-traveller of the latter in founding and building the IT services firm to an internationally respected giant, with current revenues of over $10 billion (Rs 64,000 crore). As CEO, his performance was equally spectacular. During the five years Nilekani held the post, Infosys' revenue grew six-fold, from $500 million (Rs 3,200 crore) to $3 billion (Rs 19,200 crore).
However, his biggest contribution is yet to come. Stepping into Infosys after founding the 'Aadhaar' as the chairman of Unique Identification Authority of India (UIDAI), and a shot at politics as Lok Sabha candidate from Bangalore South on a Congress  ticket in the 2014 general elections,which he lost, Nilekani is expected to marry the old ideas with the new at India's second largest IT company that employs two lakh people.
Remember, Murthy was whipping up the same allegations over the $200 million (Rs 1,278 crore) Panaya acquisition in 2015, which seemingly benefited Sikka as alleged by a whistleblower complaint, and how two top executives Rajiv Bansal and David Kennedy were offered big severance packages to buy their silence as they red-flagged certain chinks in the corporate governance armour.
All these allegations were sufficiently addressed by the Infosys board, with investigations conducted on three different occasions by reputed law firms, on which Infosys spent Rs 10 crore. All investigations proved no wrongdoing, insisted the board under Seshasayee and former Microsoft India head Ravi Venkatesan. Investors and staff seem to be equally convinced, with foreign portfolio investors (FPIs), who hold 37.53 per cent stake in Infosys, not raising a red flag over the issue.
Rather, Oppenheimer Fund, an FPI, came out in public support of Sikka in February. The staff tuned in to Sikka's ambitious plan to generate $20 billion (Rs 1,27,770 crore) in revenues and $80,000 (Rs 51,10,800) per employee revenue by 2020 (a plan which may not meet success, given the distractions the company has gone through).
Under Sikka, Infosys looked poised to regain its sheen that it seemed to lose during the days with some of its cofounders at the helm.
But Nilekani will tread cautiously on Murthy's allegations. He will have to use all his negotiation skills to charter a mid-path, taking Murthy's views on board, while ensuring not to upset the Infosys apple cart once again by reviving old allegations. He has said his comeback is not a permanent one, but will move out once Infosys is on the stable path once again. How long would it take to bring about stability?

One feels that Nilekani, who has penned acclaimed books 'Imagining India-Ideas for the New Century' in 2010 and'Rebooting India-Realising a Billion Aspirations' in 2015 with Viral Acharya, now an RBI Deputy Governor, would give himself at least a couple of years at Infosys now.

He is expected to move along the path of innovation that Sikka had set forth on, rejuvenating the company to take on global competition.

He would work to maintain and strengthen the confidence of high value clients whose trust in Infosys would have got a jolt with Sikka's resignation, and instil new confidence in a workforce whose morale would have taken a serious knock. Last but not the least, he will have to identify and bring in a new CEO at Infosys, at a time when getting external CEOs into the firm would be a tough task.

Building a new management with a new competent CEO and several independent board members will be Nilekani's most formidable task. When he steps out when he pleases to, he would not want to see Infosys embroiled in yet another war with the original co-founders. To ensure that, Nilekani would need to work out his real magic that had once endeared him to Infosys and its various stakeholders.