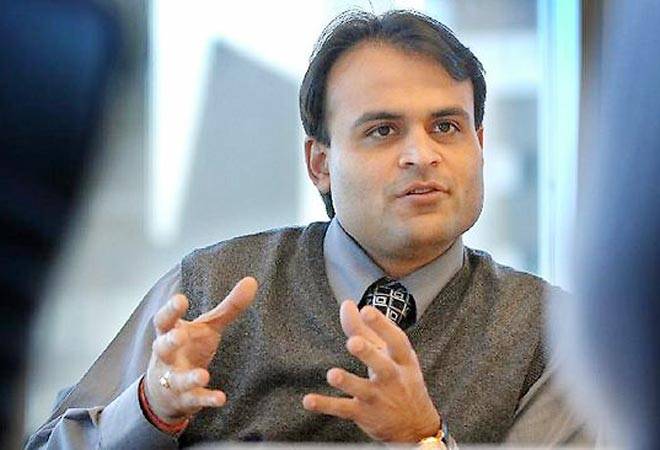 It is new and probably the most significant turn in Oswal's family feud so far; Pankaj Oswal, the eldest son of late business tycoon, Abhey Oswal has filed a petition with Delhi High Court on 4th February 2017, claiming his absolute proprietary rights to the extent of 1/4th undivided share in the estate of his father, being his class-1 legal heir. Pankaj has alleged in the petition that rest of the three heirs, his mother Mrs. Aruna oswal, younger brother Shailendra Oswal and sister Shalu jindal are attempting to oust him from the estate of his father including suit properties.

For Oswals, acrid time in the family began as soon as Abhey Oswal died of heart attack on March 29th last year. Business tycoon of his time, Oswal died in Russia while he was on a business tour. He left his enormous empire without a will or testamentary document regarding disposition of his assets, interest in businesses, movable and immovable properties. Since then, a succession battle broke out between his widow Mrs. Aruna Oswal and eldest son Pankaj Oswal. Both have been staking their claims to run his business empire that includes two listed firms Oswal Agro Mills and Oswal Greentech.

In the petition filed with Delhi High Court, Pankaj claims that while he along with his wife had moved to Australia, there was no partition, formal or informal, between him and his father. In fact, both son and father shared good relations and he and his parents used to visit each other often. He also claimed that he was made to wear the traditional pagdi (turban) of the family in the Pagdi Rasm held on April 3rd 2016 after the death of his father. Wearing Pagdi was a sign that the Oswal family recognized him as the main heir to head the business empire.

Petition says that after the Pagdi Rasm was over, a board meeting of OAML and OGL was secretly convened behind Pankaj's back. Very recently he came to know that a resolution was passed in the said meeting of Board of Directors of OAML and OGL, appointing his mother Mrs Aruna Oswal as the additional director and chairperson of both the companies. Interestingly, OAML and OGL have considerable assets and hold substantial shares in other companies, Inter Alia, PC Media Systems Ltd., New Delhi Television Ltd., News Nation Network Pvt. Ltd., Monnet Ispat & Energy Pvt. Ltd. and other group companies.

Unaware of the sabotage taking place behind him, Pankaj Oswal proposed to convene a meeting with rest of the three heirs on 4th April 2016 at OAML's office at Kasturba Gandhi Marg, New Delhi to formally execute the consensus arrived at on April 3, 2016, after the Pagdi Rasm.

Also, a draft memorandum of the family settlement was prepared by him for formal execution and which was also to be shared with them. As soon as Pankaj reached at the given place, for the meeting, he was taken by surprise that none of the other three had turned up.

This surprise soon turned into shock as he called up his mother to ascertain the reason for not turning up. On phone, his mother, Aruna asked him to leave India immediately and not seek any share in the assets of Mr. Abhey Kumar Oswal. Astonishingly, his brother and sister too supported his mother and asked that he should forget about his share in the estate of his late father. Deeply upset and shocked, Pankaj then came to know the dirty truth and ulterior motives of his own blood relations to oust him from the family assets.

On April 6th 2016, after being confirmed of the ulterior motives of his own mother, brother and sister, Pankaj got a legal notice served to them, seeking their confirmation that no action inconsistent with his rights be taken in regards of the assets comprising the estate of his late father. Unfortunately, till date none of them have responded to the legal notice. Further on 21st October & 7th November 2016, through his lawyers, he got another legal notice issued to the companies, banks and third parties where or with whom Late Mr. Abhey Kumar Oswal had substantial holdings or business dealings asserting his rights as a Class-I legal heir of late Mr. Abhey Kumar Oswal. Clearly, no evidence is required anymore to establish Pankaj Oswal's right on one fourth shares of his late father's estate which is also undisputed as none of the three heirs responded to any of the legal notices, so far.

In the petition, Pankaj has alleged that rest of the heirs are looking for prospective buyers to alienate the assets, properties and business interests of his late father by masking it as disposal of assets in ordinary course of business.

Accordingly, he has sought instant interference of the court in partition and has requested the court to direct rest of the heirs to transfer and/or hand over exclusive possession of such properties which fall in his share. Also, granting permanent injunction restraining rest of the heirs, their agents and representatives from transferring, alienating or creating any third party interest of whatsoever nature in respect of the his share of the assets.