Real estate sales growth has been hovering around 6 to 7 per cent for some years, with high unsold inventory that will require 40 months to clear up. 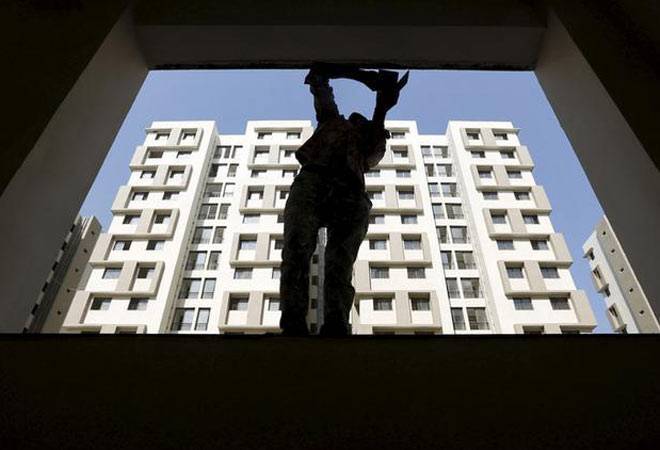 Construction of over 23 lakh houses across India is running behind schedule as developers struggle with high finance costs amid demand slowdown in a struggling market. These units are spread over 16,330 projects, according to data by real estate consultancy Liases Foras. "There is no one reason for the delay. This is a systemic issue. The sector is caught in a quagmire and one factor has led to another, compounding the delays," Pankaj Kapoor, MD and founder, Liases Foras, told Business Today.

Real estate sales growth has been hovering around 6 to 7 per cent for some years, with high unsold inventory that will require 40 months to clear up. Builders need money from sale transactions to invest continually in projects. "If sales are slow, then builders delay projects and also have to resort to overleveraging. Instead of using money for construction, they use it for paying off older debt. This creates a vicious cycle," he said.

Project approval delay is another factor leading to extension of completion timeline. Amit Oberoi, Executive Director at Colliers International, said typically project commencement approvals take three to six months. "But this varies from state to state. Land is a state subject so there is a variation in approvals required and timelines to secure these," he said.

For long, the real estate industry has been demanding single window clearance for projects. But there has been no progress on this demand so far. "If a project gets delayed due to any factor, it gets into a state of unfeasibility. There is so much supply and customers have a lot of options," said Kapoor.

Of the total 16,330 projects facing delay, 877 have been late by over four years while the maximum projects (4346) fall in the 12 to 24 months delay bracket (See Table). "Most of the delayed projects should be from the pre-RERA days. Many of these projects are caught in a situation where the projects are no longer financially feasible. Other reason for delay is lack of demand, lack of capital and high interest rates," Oberoi said.

Kapoor pointed out that after implementation of RERA, the new supply will see no delays. Builders have to adhere to timeline and they are providing a buffer while notifying to RERA, he said.

Also read: RBI policy preview: May be right, but not perfect conditions to cut interest rates

Despite the slowdown, well established developers with proven track record are seeing reasonably good response to their projects. "The demand may not be as high as it was during the peak of the cycle, but they are still able to drive sales," Oberoi added. 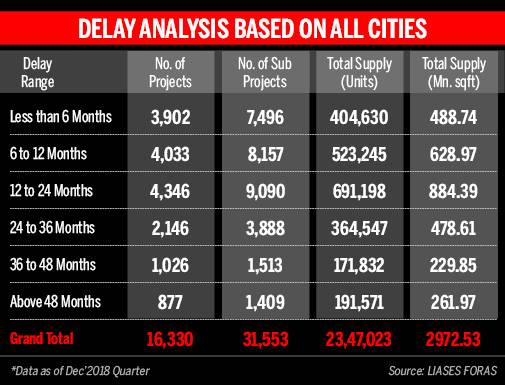