Baba Ramdev had also said then that Colgate would be below Patanjali by the end of the year and in three years time they will overtake Unilever as well. 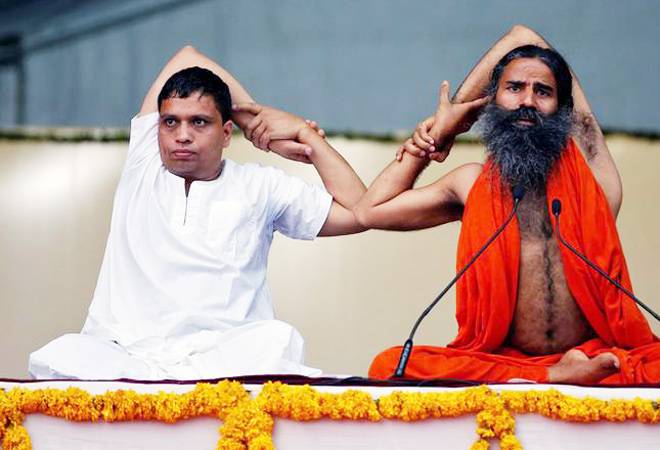 After upstaging giants like Unilever, Colgate, Pantene and Nestle, Baba Ramdev is openly mocking these companies as competition goes fierce in India's FMCG segment. Baba Ramdev who founded Patanjali Ayurved said that all these companies would wither away and it is just a matter of time. "100 saal mein to vaise hi swargiya ho jaya karte hain... to ye companiya thode din mein swargiya ho jayengi... abhi to humne inka shirshasan karvaya tha... thode dino mein inka moksha hone vala hai," the baba told India TV. (People pass away in 100 years... so these companies will also pass away in a couple of days... we have just made them do shirsasana... in a couple of days they will attain moksha also.)

This comment came in response when he was asked about his earlier remarks in 2016 where he said, "Pantene ke pant gile ho jayegi, Colgate ka gate bandh ho jayega, Unilever ka lever dhila ho jayega." (Pantene will wet its pants, Colgate's gate will be shut, Unilever's lever will become loose.) He also added that the birds in Nestle will also fly away.

Baba Ramdev had also said then that Colgate would be below Patanjali by the end of the year and in three years time they will overtake Unilever as well. When the baba was asked if his company was eating into the market share of these companies, he replied, "We are totally vegetarian."

However, Baba Ramdev's Patanjali Ayurved that had recorded over 100% growth rate about a year ago saw a considerable dip in demand in the past year. A senior manager told Business Today in June this year, "Their store filling frequency is pathetic. When the consumer asks for the product and it's not available she obviously moves to other brands."

While Acharya Balakrishna, who runs the show at Patanjali Ayurved claimed that the company would become an Rs 20,000 crore entity by 2018, a large number of consumers are beginning to doubt the quality of Patanjali products.

Meanwhile, HUL, ITC and Nestle recorded a double-digit growth, 2017-18 fiscal but saw no growth for Patanjali Ayurved. Moreover, its foray into social media with its WhatsApp-like messaging app, Kimbho, was a dud. Not only was it criticised for being a carbon copy of WhatsApp, they also had to withdraw the app from app stores due to security reasons. Patanjali is also set to dive into the apparel business with its clothing line, Patanjali Paridhan. The company is planning to open 100-odd Paridhan stores.