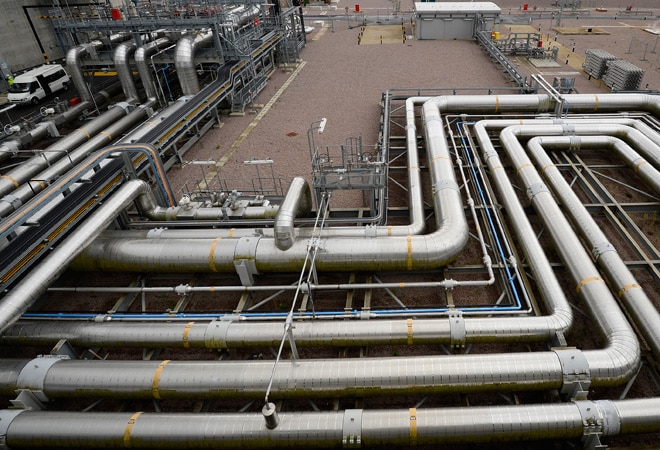 Petronet LNG, the country's biggest importer of liquefied natural gas, on Friday reported its highest ever quarterly net profit for the July-September period of the 2014-15 fiscal on the back of higher margins and announced plans to raise its main-stay Dahej liquefied natural gas import terminal by 2.5 million tonnes.

The company's net profit in the reporting quarter rose 44.5 per cent to Rs 262.81 crore (or Rs 3.5 per share), over the Rs 181.75 crore profit in the same period a year ago, Petronet Managing Director and CEO AK Balyan told reporters in the national capital.

"Main reason for jump in net profit was higher volumes of imports and higher trading margin on spot and short term cargoes at Dahej terminal in Gujarat," Balyan said.

Petronet imports gas cooled to its liquid state in special ships at terminals at Dahej and Kochi in Kerala.

The further expansion will consist of building one additional tank and facility to reconvert liquid gas to its gaseous state. Dahej currently has four storage tanks and two more are being built as part of expansion to 15 million tonnes, the CEO said.

Petronet, whose 5 million tonnes Kochi terminal operated at just two per cent of capacity because of lack of pipelines for taking the fuel to consumers, sold 22 per cent higher gas at 150.47 trillion British thermal units.

Balyan said Petronet has leased out storage at Kochi to UK's BG Group which will import one shipload or cargo of LNG, store it at Kochi and take it out perhaps in January.

Also, the company is now sending out LNG via trucks to some customers, the CEO said.

With robust cash flows, the firm repaid Rs 1,032 crore loan by raising lower cost unsecured debt via bonds of Rs 1,000 crore, Balyan said. With replacement of this rupee loan, effective borrowing cost has come down to below 10 per cent, he added.

Petronet has received all approvals for a 5 million tonnes a year terminal at Gangavaram in Andhra Pradesh, he said, adding that the company has asked state government to defer VAT on sale of gas from the terminal to make it viable.

The state government is also picking up a small stake in the project.

Petronet said it adopted new rates of depreciation with effect from April 1, 2014 which resulted in a lower provisioning of Rs 66.41 crore this fiscal.

Net profit in first half of current fiscal was higher at Rs 419.41 crore compared to Rs 407.07 crore in the same period a year ago.

Sales increased to Rs 21,140.78 crore in April-September from Rs 17,937.67 crore in the corresponding period of the previous financial year.