Petronet, India's biggest importer of liquefied natural gas (LNG), reported a net profit of Rs 156.60 crore in April-June, down from Rs 225.32 crore in the same period a year ago. 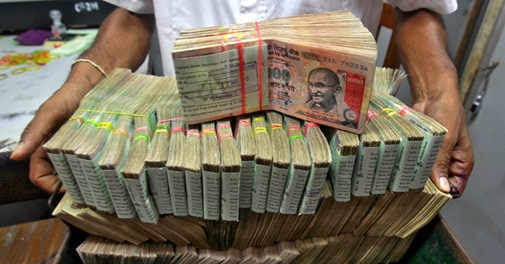 Petronet LNG Ltd on Monday reported a 30 per cent drop in its first quarter net profit on lower margins and said it has received interest from 17-18 global LNG players for hiring its almost idle Kochi terminal.

Petronet, India's biggest importer of liquefied natural gas (LNG), reported a net profit of Rs 156.60 crore in April-June, down from Rs 225.32 crore in the same period a year ago.

"The decrease in net profit is primarily due to higher depreciation and interest charges pertaining to Kochi LNG terminal capitalised in the books of accounts in September 2013, and also lower margins at Dahej (terminal)," its chief executive Ashok K Balyan said here.

Petronet operated its 10 million tons a year Dahej import facility in Gujarat at 109 per cent of the capacity but its margins on import of LNG from spot market shrunk.

Also, the 5 million tons a year Kochi terminal is operating at just 1 per cent of the capacity as state gas utility GAIL India Ltd has not yet built pipelines to connect the facility to key customers in Bangalore and Mangalore.

"The Board has today approved leasing out of storage facility at Kochi. We had recently sought expression of interest from LNG traders and marketers who want to use Kochi as an intermediate for storing of LNG," he said adding the response to the tender has been tremendous.

"We hope to finalise agreements and begin leasing out the facility by end of September," he said.

The storage can be used by traders who want to import gas and resell it to customers or entities seeking to contract LNG for their own use.

The facility is also useful for LNG suppliers, like those in the Middle East, who want to use Kochi as an intermittent storage point for supplying customers in the east. Kochi can be used to store LNG during times of glut or low prices.

LNG is natural gas that is chilled to minus 160 degrees Celsius to liquid state for ease of transportation by ship.

LNG is converted back into gaseous state at the import facility (regasification) before being sold to users such as power and fertiliser plants.

"What we are proposing is that LNG will be imported at Kochi and stored in its liquid form at the tanks, for which we will charge a fee. The trader can at his convience take out or reload the LNG in cryogenic ships for sale to customers," he said.

Petronet Director (Finance) R K Garg said spot prices in April-June have fallen to $10.5 per million British thermal unit compared to $17-18 at the beginning of the year, putting pressure on margins.

Turnover rose 20 per cent to Rs 10,161 crore on back of increase in volumes, depreciation of rupee vs the US dollar and an increase in the contracted price of LNG under the long term LNG Agreement.

Petronet buys 7.5 million tons a year of LNG from RasGas of Qatar on long-term contract at a price linked to international oil rates. The current long-term LNG price comes to over $13 per mmBtu compared to $10.5 for spot.

"Two years back we had a similar situation but that time the gap was not so big. This time the gap between spot and long term contract price is almost $3," he said.

Balyan said Kochi volumes will increase only after Kochi-Koottanad-Bangalore-Mangalore pipeline is fully constructed.

At Dahej, Petronet has commissioned its second jetty in April and has started receiving LNG cargoes at the new berth till date 23 LNG cargoes have been unloaded at the second jetty.

The company is also expanding the name plate capacity of its Dahej LNG Terminal to 15 million tons by December 2016.

"The work is going on as per schedule and it is expected that this capacity expansion will be completed by end of the calendar year 2016," he said.