Piramal to earn 51% return on its Vodafone India investment

Piramal Enterprises had signed the agreement keeping in mind that Vodafone India would soon go for an Initial Public Offer, but with slowing economic growth, the IPO did not happen. But Vodafone had already agreed to an alternative exit option for Piramal. 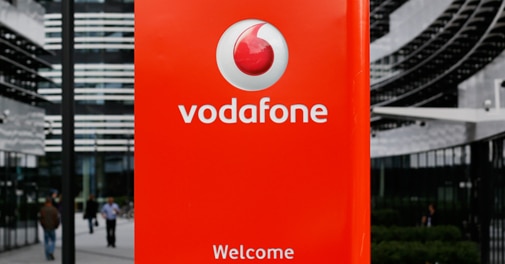 When the Ajay Piramal controlled Piramal Enterprises invested Rs 5,864 crore in two tranches in Vodafone India in 2011/12, Ajay Piramal had ensured he would get at least 19 per cent return on the investment. But on April 10, 2014 when the company announced, it would divest its entire equity stake in Vodafone, Piramal stands to make a lot more money-Rs 8,900 crore which is a 51.7 per cent return over a period of two years.

Piramal Enterprises had signed the agreement keeping in mind that Vodafone India would soon go for an Initial Public Offer, but with slowing economic growth, the IPO did not happen. But Vodafone had already agreed to an alternative exit option for Piramal.

Vodafone's 2012 annual report says: "… if such initial public offering has not completed by 18 August 2013 or 8 February 2014 respectively or Piramal chooses not to participate in such IPO, Piramal selling its shareholding to the Vodafone Group in two tranches of 5.485 per cent for an aggregate price of between approximately Rs 7,000 crore and Rs 8,300 crore."

Ajay Piramal, chairman of pharmaceutical giant Piramal Group said in a statement: "The equity purchase in Vodafone was consistent with our objective of making investments that offer opportunity to generate attractive long term return on equity. I am glad to say that we have delivered against our targeted returns with this investment."

The deal happened after Foreign Investment Promotion Board (FIPB) allowed international telecom companies to completely own their Indian units. Earlier, a maximum of 74 per cent could be held by the foreign firm. Vodafone Plc, the British telecom giant has agreed to pay Rs 10,141 crore to completely own its India business.

When Vittorio Colao, CEO of Vodafone Group visited India around the end of last year, he said that the desire to own the Indian subsidiary fully shows the group's commitment to India. Last year, Vodafone also announced that $3 billion, or Rs 19,000 crore would be invested in its India operations, to grow its data business, improve its network and distribution.

In the deal, Piramal Enterprises will divest its entire stake to Prime Metals, which is an indirect subsidiary of Vodafone Group Plc. The return on investment obtained by Piramal is considered extremely good, considering the telecom industry has been facing challenging times in the recent past with regulatory issues, and that the Sensex during the same time period grew only 29 per cent.