The Tata Sons Chairman Emeritus, speaking about the road-ahead for Jaguar Land Rover, hinted at Tatas manufacturing the marquee brands in the country. 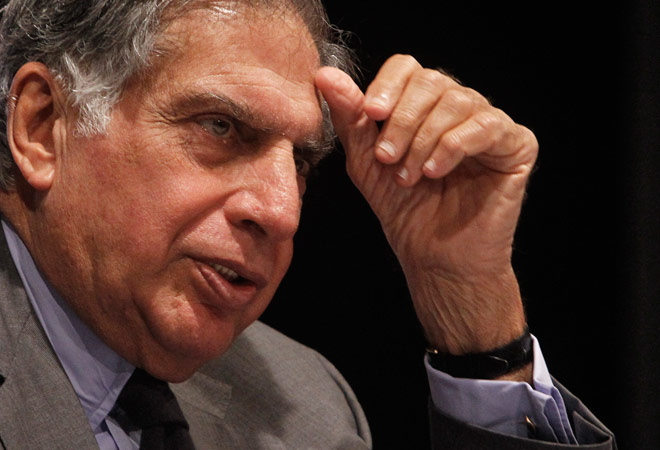 Tata Sons Chairman Emeritus Ratan Tata, bullish on Jaguar Land Rover, has hinted at Tatas manufacturing these marquee brands in the country, in Eastern Europe and in the US, even as he advised against the brand "running before one can walk".

Tata said that the group would do more than just assembling these marquee car brands in India, while some states in the US and countries in Eastern Europe were giving good incentives to attract investments.

"We are assembling Jaguars and Range Rovers in India and as the Indian market grows, JLR will do more in India... Any company will make investments where that investment is viable and the marketplace is right. Future plants will be based on the viability of the market," he said.

Tata, who steered the expansion of US $103-billion in the home-grown group for over two decades with a number of takeovers such as Jaguar Land Rover, also said that once he thought there was "no talent or capability in the UK" and he would not have been attracted to JLR had his views not changed.

"Making an investment in the UK would have been a much more arduous decision," Tata told PTI in an interview in Coventry, UK.

He gave credit to Warwick Manufacturing Group Chairman Lord Kumar Bhattacharya for forcing him to a visit to the UK that eventually changed his views.

Speaking about the road-ahead for JLR, Tata said, "The future is quite bright. (But) we shouldn't run before we can walk. We should grow with moderation but at the same time we shouldn't let markets go without addressing them."

77-year-old Tata, now Chairman Emeritus for the country's largest business conglomerate with over 100 companies, had overseen in 2008, as the group chairman, the US $2.3 billion takeover of the then struggling British luxury carmaker JLR.

The two brands have seen an impressive turnaround in their fortunes since then with sales and profits having risen year on year. JLR posted a record full-year retail sales of 462,678 units in 2014, which was double that of 2008 figure.

Tata was in Coventry, about 150 kms from London, for the foundation stone laying ceremony for a new 150-million British Pound innovation venture he had helped conceptualise a few years ago.

The new National Automotive Innovation Centre (NAIC) at the University of Warwick campus in Coventry will be fully operational by 2017.

The centre, backed by Tata Motors, is being set up as an innovation hub for future technologies and design in the automotive sector.

"This was something Professor Bhattacharya had authored as it were. I share with him the great aspiration for the technological front in the UK. I thought there was no talent or capability in the UK until he forced me on a visit," Tata said.

Recalling that he was wide-eyed with the talent that exists in UK, Tata added, "Ever since I have been a great supporter of bringing manufacturing back to the UK. If that had not happened, I probably would not have been attracted to Jaguar Land Rover."

The NAIC also has JLR - one of Ratan Tata's major investment success stories as a key partner.

"I am very proud, and very appreciative of all the people at JLR, the leadership that Ralf Speth (JLR CEO) has provided and the spirit of the work force who worked shoulder to shoulder to bring the two venerable brands back to their original glory. That spirit is key and there is a great sense of pride in what the company is doing," he said.

Snapdeal to invest up to $200 mn to improve deliveries