Why Nano exceeded its price of Rs 1 lakh

Prior to the launch of Tata Nano in 2008, there was much hype about the world's cheapest car, popularly called 'lakhtakiya' car. However, Tata could not stick to the price tag of Rs 1 lakh for too long due to increased production costs. 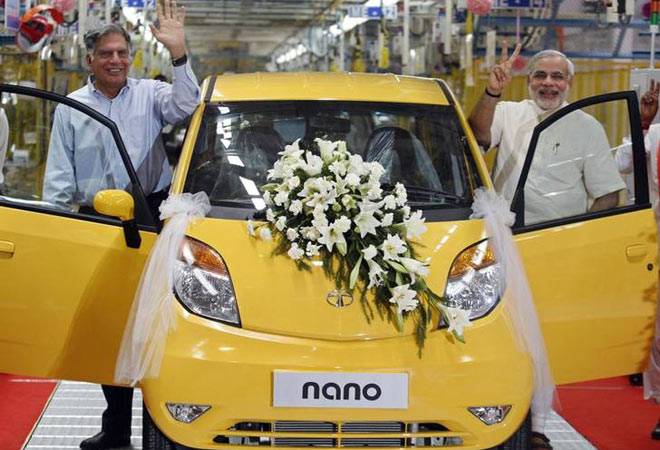 In a five-page letter to Tata board, ousted Tata Sons chairman Cyrus Mistry on Wednesday expressed that Ratan Tata's dream project Tata Nano should be shut down as it has lost value.

"The Nano product development concept called for a car below Rs 1 lakh, but the costs were always above this. This product has consistently lost money, peaking at Rs 1,000 crores," Mistry detailed in his letter.

Prior to the launch of Tata Nano in 2008, there was much hype about the world's cheapest car, popularly called 'lakhtakiya' car. However, Tata could not stick to the price tag of Rs 1 lakh for too long due to increased production costs.

When the car was bought from the dealer there were always additional fitments that needed to be carried out which eventually raised the ex-showroom price after the launch well beyond the quoted price of Rs 1 lakh.

On purchasing, the car only came with the bare minimum features which excluded airbags, power steering and power brakes.

But options to equip the car with more 'luxurious' features was what added to the cost.

ALSO READ: When the Tatas had no money to pay Pallonji family

A year after the launch, Tata Motors even increased the price of the Nano by 3-4 per cent due to rising material costs and stricter emissions standards.

During the same time, some of the Nano cars bursting into flames raised serious safety concerns.

Many incidents of 'minor' fires were also reported in the past.

Tata Motors assured that they would investigate, but experts spoke out saying that the car had an improper cooling system which resulted in the engine heating up that caused fire.

In 2010, the price of the Nano was increased for the second time owing to rise in inputs costs.

"Tata Motors is taking a minor price increase on the Tata Nano, effective from November 1, to partially neutralise the steep increase in input costs in the last two years. The average increase is about Rs 9,000 (ex- showroom), with prices varying from city to city and model to model," the company said in a statement back then.

This exercise covered all Nanos produced since its launch up till 2011 which cost the company Rs 115 crore, adding to the rise of input costs.

Over the years, the car's sales though experiencing several ups and downs have only been heading south. In July 2016 Nano sales stood at 701 units compared to 2,120 units in July 2015.

Only 100,000 cars were sold at Rs 1 lakh, the price at which it was supposed to be sold, while the later models were priced much higher.

Mistry even said that any turnaround strategy for the company only requires its shut down but emotional reasons have kept it alive.

Under Mistry's reign Nano was repositioned as a Smart City Car in 2014 to revive its sales.

Further, Mistry even renamed it GenX Nano in 2015 and targeted the youth, re-launching it at a price of Rs 1.99 lakh and marking the end to 'cheapest car' tag.

The GenX Nano which took two years to develop, came with features such as boot access, Bluetooth connectivity and even an automatic variant.

Nevertheless, the Nano sales failed to turn around with only 4,459 units sold in the first seven months of FY16-17 as compared to the 11,321 units that was sold in the previous fiscal.

This plunge in sale figures, despite the aggressive pricing, was mainly because of increasing costs.