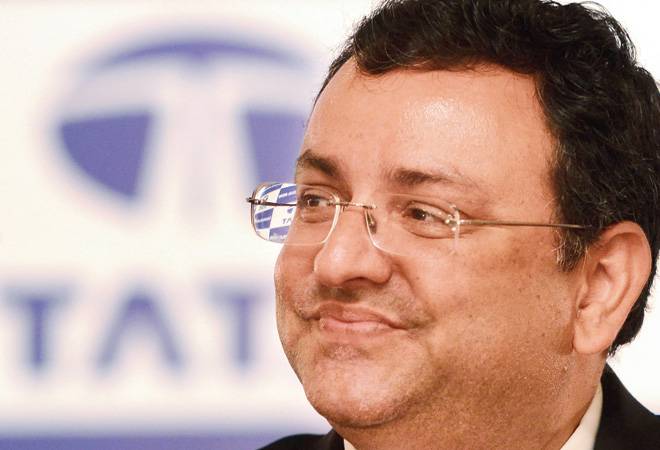 In a statement, Mistry's office also denied that his sacking was preceded by various attempts to discuss with him.

"Mr Ratan Tata does not speak the truth. His claim that Mr Mistry's treatment at Tata Sons Board on that day was well-deliberated and was preceded by various attempts to discuss with Mr. Mistry is a lie," the statement said.

ALSO READ:Mistry's presence as a director can make the company dysfunctional: Tata Sons

It claimed that "five minutes before the Board Meeting scheduled on October 24, 2016, Mr. Nitin Nohria and Mr. Tata came to Mr. Mistry's room and told him that on that very morning, the trustees had taken a decision to replace Mr.

Mistry ostensibly because Mr. Tata could not get along with him."

It further said "the fait accompli presented to Mr.

Mistry was that he could leave or face a sacking at the Board Meeting scheduled in the next five minutes."

At the meeting, every legal procedure was "thrown to the wind and the blemish-less history of Tata Sons' was destroyed", it added.

Refuting Tata's claims that there were several attempts to remediate, it said: "Neither was there any deliberation nor was there any prior attempt at remediation as Mr. Ratan Tata now seeks to make out."

Tata's "false statements" are borne out by the fact that just weeks before this event, the Board had accepted the Nomination and Remuneration Committee's endorsement of superlative performance by Mistry and his team, the statement said. "It is evident that Mr. Mistry's professional conduct in the Chairman's Office did not suit the requirements of Mr.

The statement claimed that Tata has "completely failed to offer a single reason for his inexplicable actions" of removing Mistry as Chairman of Tata Sons.

The company has also offered an employment pact until 2021, which supports employees through future changes by investing in their skills to support further plant upgrades, automation and other digital initiatives.

Speaking after meeting with union representatives, Roy Rickhuss of Community Union said: "The past year has been incredibly difficult for steelworkers and their families. When Tata announced in March that they planned to sell the steelworks, no one knew if they would have a job by Christmas.

"This proposal would secure jobs for years to come and bring serious investment not just to Port Talbot but to steelworks across the UK."

"Reaching this stage of the process is a credit to the hard work of our members who never gave up the fight to 'Save Our Steel' it was their jobs on the line and it has been their campaign that has brought Tata to this position."

The Tata Group employs more than 4,000 at Port Talbot alone, and hundreds more at other sites across the UK at Trostre and Shotton, Corby, Hartlepool and at sites in the West Midlands.

Workers at the Port Talbot plant were today given the opportunity to approve a rescue plan which is likely to have an effect on other major sites as well.

"The commitments made today by our reps must now be followed by a commitment from the government that they will hold Tata to their word and ensure jobs are protected," said Unite's national officer Tony Brady.

Central to the rescue plan is the retention of both of Port Talbot s blast furnaces, which turn iron ore and coke into molten iron.

One was due to stop production in 2018 but unions had been fighting to keep it open.

Earlier this year, Tata Steel announced all of its plants across the UK would be put for sale. But in July the sale came to a halt.

Last month the firm signed a letter of intent with UK-based Liberty House Group to enter into exclusive negotiations for the potential sale of its Speciality Steels business for an enterprise value of 100 million pounds.

It supplies almost 50 per cent of UK carmakers steel requirements, including body panels and chassis, and a range of advanced steels for the UK construction industry which help to reduce buildings energy use.

IOC, BPCL and HPCL to set up $30-bn refinery on west coast