We are deliberately staying away from aggressive solar bids: Ratul Puri

The installed capacity has reached 6000 MW, and the promise of 19 GW is in place. However, Puri doesn't agree to fly in the same speed. "We are deliberately staying away from the solar bids. We are finding the bids a bit too aggressive, and fear that many of these projects may not come up, or may find it difficult to match their commitments. We can't commit to such scenarios," Puri told Business Today. 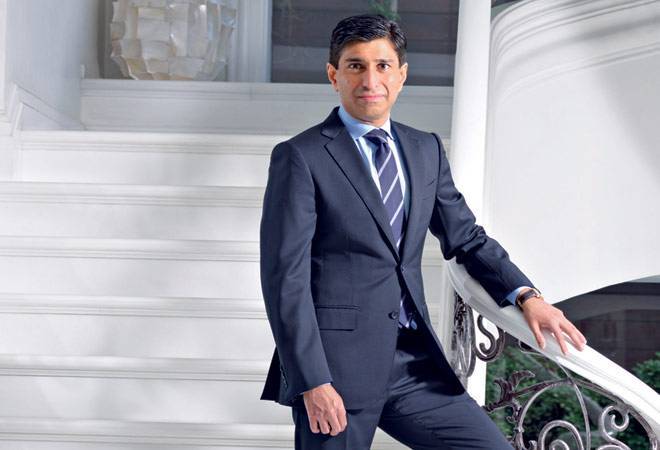 In 2014, when the NDA government started talking about bringing in an aggressive solar policy, Ratul Puri's Hindustan PowerProjects Limited (HPPL),was already amongthe top solar operators in the country with installed capacity of roughly 500 MW out of total just about 3000 MW Today, the renewable energy minister Piyush Goyal is making sure the tariffs are dropping with every bid.

The installed capacity has reached 6000 MW, and the promise of 19 GW is in place. However, Puri doesn't agree to fly in the same speed. "We are deliberately staying away from the solar bids. We are finding the bids a bit too aggressive, and fear that many of these projects may not come up, or may find it difficult to match their commitments. We can't commit to such scenarios," Puri told Business Today.

He says that the bankers and financial institutions are willing to invest in solar projects, but tariffs of less than Rs 5 per KwH make them uncomfortable. "Then the banks push for operators to put in more equity, the terms of debt become more stringent," said Puri. This is critical, especially when minister Goyal is taking pride in pushing the tariff low and matching the grid parity, and is hoping to seek more investments and accomplish the target 100 GW of solar power generation well before 2022.

Puri says, as per his calculations, tariff of Rs 5 to Rs 5.5 a KwH is rational, anything below this makes projects risky. Hindustan Power has installed capacity of 500 MW spread across Rajasthan, Madhya Pradesh, West Bengal, Tamil Nadu and Gujarat, and also has a sizeable presence in matured solar economies such as Germany, Spain, Japan and Italy. In fact, on April 13, HPPL commissioned a 30-MW solar farm in Mansa district of Punjab. The Rajasthan leg of NTPC bids attracted call of Rs 4.34 a KwH from Finnish company Fortum, and before that US-based SunEdison stole the limelight with Rs 4.63 per KwH bid for NTPC's Andhra Pradesh bid. SunEdison still requires to convince the financial institutions about their business model and financial health of their parent company.

Meanwhile, his rivals in solar business in India, like Manoj Upadhyay's ACME has solar projects portfolio of 1,329 MW leading the back, with others like Sumant Sinha's ReNew Power, and Inderpreet Wadhwa's Azure closely following him with roughly 1,000 MW. "We are in no hurry. We have seen how aggressive tariff bids can create problems for the developers in the other value chains of the business. We don't want this situation to prop up for HPPL," reasoned Puri.

He spoke to BT on the sidelines of a conference organised to announce the commissioning of the second unit of HPPL's thermal power plant at Anuppur in Madhya Pradesh.

The total plant capacity is 2,520 MW of which Phase 1's capacity was 1,200 MW. Puri said 70 per cent of the power generated in the plant would be sold to Madhya Pradesh and Uttar Pradesh at tariffs between Rs 3.60 to Rs 3.80 a unit.

In solar, the government has very little option, he laments, adding "the operators need to be more rational".  The government has set very ambitious targets for renewable sector. Out of 160 GW to be achieved by 2022 from the current numbers of 35 GW, about 30 GW is in wind and 5 GW in solar. This means, about 125 GW needs to be added in the next six years at 20 GW a year, whereas the current speed of addition is merely 3-4 GW. Adding more pressure to this, the government wants to expand solar more aggressively and lesser wind-based capacity.

The biggest criticism Piyush Goyal is facing is that his interventions reduced the prices of solar drastically, which is creating more problems for the operators as well as the domestic manufacturers of solar panels and cells. It is only helping those either with deeper pockets or the manufacturers of panels in China. Till the time that changes, investors like Ratul Puri may have to wait.