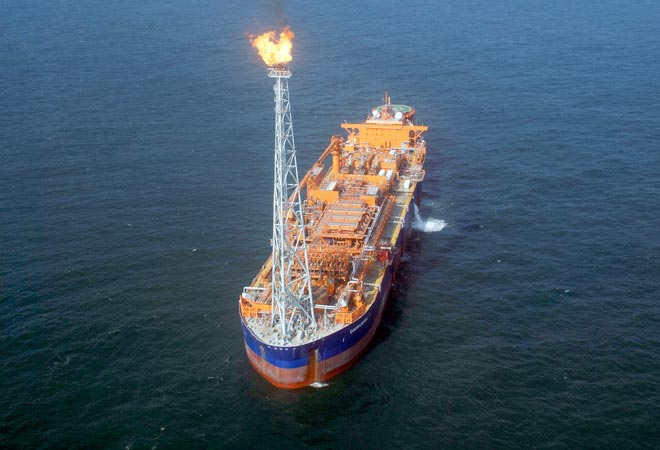 Reliance Industries Ltd, a conglomerate that operates the world's biggest refinery, reported a rise in profits that beat forecasts, helped by stronger refining margins, and said it would invest up to $9 billion in the next two quarters.

The company, controlled by Mukesh Ambani, has been expanding beyond its core refining and petrochemicals business by investing in consumer-focused areas such as retail and telecoms.

"We have spent Rs 45, 000 crore in the first six months, what we can make out is that we'll spend probably between Rs 50,000 crore to Rs 55,000 crore ($8.2-$9 billion) in the next six months," Reliance Chief Financial Officer Alok Agarwal told reporters in Mumbai on Monday.

Its gross refining margin, or profit from each barrel of crude oil refined, was $8.30 per barrel in the quarter to end-September versus $7.70 per barrel year ago, Reliance said.

"Renewed optimism in the domestic economy augurs well for business and consumer confidence, particularly against the backdrop of continuing concerns on global economic growth," Ambani, who is chairman of the Group, said in a statement.

Reliance reported a 1.7 per cent rise in net profit on Monday for its fiscal second quarter to September 30. It also said it was hopeful of a decision on the price of natural gas by next month. Reliance and its partners in the Krishna Godavari (KG) D6 block off India's east coast are in arbitration with the government over a hike in gas prices, delayed three times.

"We are taking what the government is saying very seriously that they will take a decision on gas pricing by November 15," Agarwal said.

Reliance has been dogged by an inability to stop a decline in its domestic oil and gas output and by investor concerns about its earmarked investment of $11.7 billion into fourth-generation (4G) telecoms service, which has yet to be launched.

Reliance reported stand-alone profit of Rs 5,742 crore, excluding its interests in retail and some smaller businesses, exceeding an average forecast of Rs 5,634 crore from analysts polled by Thomson Reuters I/B/E/S.

Revenue from its retail business, which posted its first annual profit in the previous fiscal year after six years of losses, rose 20 per cent in the quarter from a year ago.

Reliance expects revenue from the retail business to grow by 25 to 30 per cent annually and that e-commerce will be a part of its strategy going forward, Co-CFO V Srikanth said.

"There are some internal discussions that are happening ... E-commerce will clearly be a part of the retail strategy."

The company's upstream oil business posted its second straight quarter of double-digit revenue growth after three years of declines, boosted by a sharp 34 per cent jump in revenue from its US shale gas operations.

Last week, Reuters reported that Reliance was seeking up to $4.5 billion from the sale of its 45 percent stake in the Eagle Ford joint venture.

Shares of India's third-largest company by market value fell 0.3 per cent ahead of the results versus a 0.33 per cent gain in the benchmark index. The stock is up about 6 per cent this year compared with the benchmark's 23 percent rise.