Reliance Retail, which is a retail arm of oil-to-telecom conglomerate Reliance Industries Ltd (RIL), is currently holding discussions with advisers at the UK-based multinational retailer Debenhams for a possible takeover by the end of September (2020) 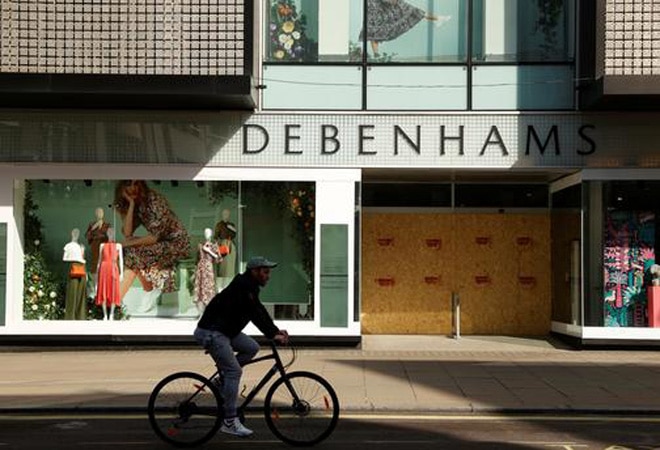 Mukesh Ambani-led Reliance Retail is said to be one of the contenders to acquire struggling British department store chain Debenhams.

Reliance Retail, which is a retail arm of oil-to-telecom conglomerate Reliance Industries Ltd (RIL), is currently holding discussions with advisers at the UK-based multinational retailer for a possible takeover by the end of September (2020).

"The Reliance Retail empire, which last year bought the world-famous British toy store Hamleys, is among a small number of parties in discussions with advisers to Debenhams about acquiring part or all of the 242-year-old retailer," British news channel Sky News reported, citing sources who added that the beleaguered department store chain is eager to agree to a takeover by September-end.

They also stated that RIL's "interest appeared to be serious" to buy the stricken British department store chain.

Debenhams, which is presently owned by a consortium of lenders, was taken into administration in April for the second time this year to absolve itself from legal action by creditors during the coronavirus crisis that could have forced it into liquidation.

Investment bankers at Lazard, a financial advisory and asset management firm, are responsible for liaising talks with prospective buyers, the news channel said.

Debenhams had in August this year axed 2,500 jobs, saying it had to align its store costs with realistic trading expectations during the COVID-19 pandemic.

RIL subsidiary Reliance Brands had acquired British toy retailer Hamleys for around Rs 620 crore in July 2019 in an all-cash deal.

The takeover catapulted the company (Reliance Brands) into a key player in the global toy retail industry.

UPDATE: Reliance has denied the Sky News report saying that they are not in discussion with Debenhams. "Referring to the Sky News article that says Reliance Retail is in "discussions with advisers to Debenhams about acquiring part or all of the 242 yr old retailer", we wish to inform that we are NOT in any such discussions. If only Sky News had checked with us, they would have been saved from publishing incorrect news and misleading readers."