Announcing the company's results, Chairman Mukesh Ambani told shareholders that RIL would be investing Rs 1.8 trillion in capex over the next three years. 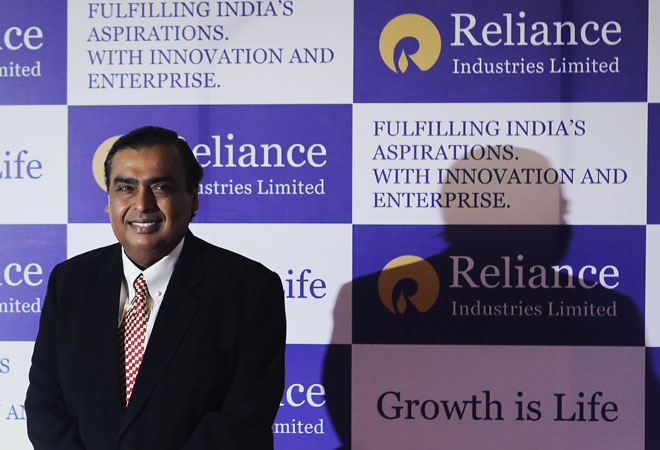 Reliance Industries (RIL), which has reported a 1.7 per cent rise in net profit at Rs 5,972 crore for the three months to September, expects up to Rs 10,000 crore capital expenditure in the remaining part of this financial year.

"We have already invested Rs 30,000 crore in the second quarter, and Rs 15,000 crore in Q1. We hope our capex should be in the range of Rs 5,000-Rs 10,000 crore in the remaining part of the fiscal," Reliance Group CFO Alok Agarwal told reporters Monday evening while announcing the Q2 earnings.

At the AGM, group Chairman Mukesh Ambani had told shareholders that the country's largest private sector corporate would be investing Rs 1.8 trillion in capex over the next three years.

RIL reported a marginal 1.7 per cent rise in post tax profit at Rs 5,972 crore, helped by strong growth in refining margins which neutralised slump in oil and gas.

The company, which operates the world's biggest oil refinery complex in Jamnagar, earned $8.3 for turning every barrel of crude oil into fuel in Q2 compared to $7.7 a barrel gross refining margin a year ago. The GRM, however, was lower than $8.7 per barrel in the previous April-June quarter.

RIL shares closed 0.26 per cent down on the Bombay Stock Exchange on Monday at Rs 957.85. The earning numbers were announced after the close of market hours.

RIL counter has gained 7 per cent so far this year while the Sensex rallied more than 26 per cent year-to-date.