Nanoo Pamnani, 74, the brain behind Bajaj Finserv, and the youngest CEO of Citibank India, passed away on Saturday 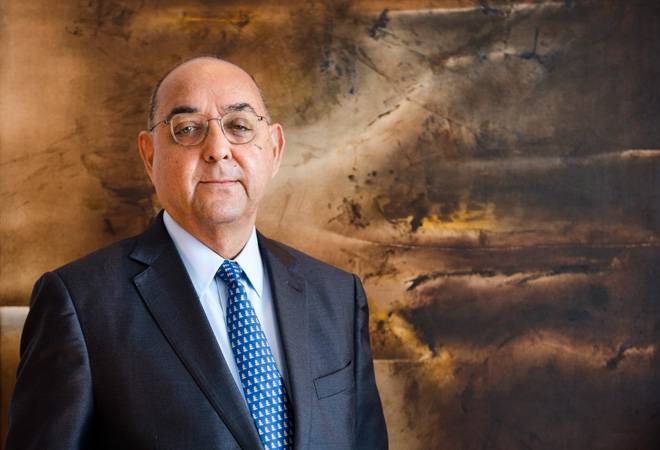 Nanoo Pamnani was 22 years old when he joined Citi

Last time when Business Today met Nanoo Pamnani at his sea facing office in Belha Court at Colaba, the veteran banker had a treasure chest of stories to tell - starting from his days in Citibank to the post-retirement assignment in Bajaj Finance. By the time, he had completed 50 years in the banking industry, within India and abroad. He was one of the youngest CEOs of Citibank. He was instrumental in building Bajaj's financial services businesses, which is valued at Rs 4.4 lakh crore in the stock market, along with Sanjiv Bajaj (younger son of Rahul Bajaj) and Rajeev Jain, who is the managing director of Bajaj Finance.

He returned from London in 1967 after having studied from London School of Economics (LSE). Getting a job in Mumbai for Pamnani was not difficult at that point of time. He gave interviews for the job in National and Grindlays Bank, Unilever and Tata Administrative Service (TAS). Everybody wanted him to join, but the process was lengthy. Meanwhile, Citibank came up with an offer and the bank was swift in onboarding him.

"Citibank's first interview was at 9 o'clock. The person who interviewed second asked me what I was doing for lunch. I said I was going home. He said if I were free for lunch, he wanted one of his colleagues to meet me for lunch. That was the third interview. I had two more interviews on that day. The fifth person, who was the head of western region, was based out of Mumbai. Three out of five interviewers were Americans. They sent the offer letter the next day," Pamnani said.

Pamnani was 22 years old when he joined Citi. The normal rotation and training lasted 18 months in Citi at that time. But his training got over in six months. "They straight away gave me 35 per cent increase in compensation. My joining salary was Rs 1,200. I was part of operations division of the bank at that time," Pamnani told BT.

After 18 months, he shifted to Calcutta office and later moved to corporate banking as junior relationship manager. He cut his teeth there in building relations with business houses in north-east such as Bangurs and Goenkas. He came back to Mumbai after four years as the operations head of the country's largest region for the bank Western region, replacing a senior executive, who was retiring. Then he became country's second risk officer, and later deputy CFO. He became the South India corporate bank head at the age of 31 and it helped him build relations with MA Chidambaram, AC Muthiah and Murugappas.

Later he was brought to Mumbai and appointed as the head of India operations, which was headed by an American. Three years later, at the age of 37, Pamnani became the CEO of Citibank India, when Victor Menezes, another young and vibrant banker who turned CEO, was moving to Hong Kong.

After five years, Pamnani moved to Philippines, which was running into problems. It was tough job of five years. He had to negotiate the whole sovereign debt with the ministry of finance, which they couldn't pay. The restructuring process alone took two years, he says. "During that time in Philippines, the country was going through political turmoil. Ferdinand Marcos was under pressure and finally he had to leave. Corazon Aquino succeeded him to the post of President. She was weak to handle the issues. I had four security guards since I was representing American bank. The left wing people were against the Americans," he said.

He moved to Singapore after that as the Asia Pacific head of private banking. In 1995, he shifted to London to head operations of emerging countries. His mother fell ill and she was in coma at that time. So he and his wife came back in September 1997. He was the India CEO until his retirement in 2004. During this period, he set up the global services centre, a captive BPO, based out of India. Because of this, the cost of the bank has come down by one third. This business was sold to TCS in 2008.

Pamnani had to work for two years after retirement on China strategy. He chose to work out of Singapore and came back at the age 62.

Three months before he came back, Rahul Bajaj, who is his wife's sister's husband, called him. "He knew I was coming back. He was demerging Bajaj Auto into auto and financial services businesses and Sanjiv was going to handle financial services. He wanted me to help Sanjiv. I was planning to relax and travel around the world after retirement. But I agreed to help Sanjiv because they are from my wife's family," he said.

Sanjiv and Pamnani sat down to strategise Bajaj Finance. "We started mainly with some products which were commonly done like consumer durables financing. Which is why that has become central pillar for us," he said. Bajaj finance is valued at Rs 2.9 lakh crore in the stock market, while its holding company Bajaj Finserv is valued at Rs 1.5 lakh crore. The journey started from zero.

Pamnani picked up the present managing director Rajeev Jain for heading the operations. "Since we had to build from scratch, we went out to hire and we were lucky to get Rajeev Jain. He turned out to be brilliant. He is smart business person with great execution skills. His ability to think broadly is outstanding," he said.

Initially, the trio had different views on the growth plans, but their ideas converged over the years. "We are so aligned that we don't need to debate on anything nowadays. Because the minute someone puts an idea on the table, the other two will be on the same page," he added and said jokingly that it was frightening that we worked together for over a dozen years. Pamnani became the chairman of the holding company Bajaj Finserv last year, after Rahul Bajaj took up the ceremonial post of chairman emeritus.

He had a good rapport with the former Citibank colleague Aditya Puri, who is the managing director of HDFC bank. Former managing director of Bank of Baroda P.S. Jayakumar was his junior. "Aditya is a no nonsense person. He will take hard decision on every loan the bank gives. That is why HDFC Bank is the biggest of the best."