Despite the price hike in the first week of the month, average cement prices in Q4FY21 are still slightly lower compared to third-quarter average -- it is down by 0.4 per cent 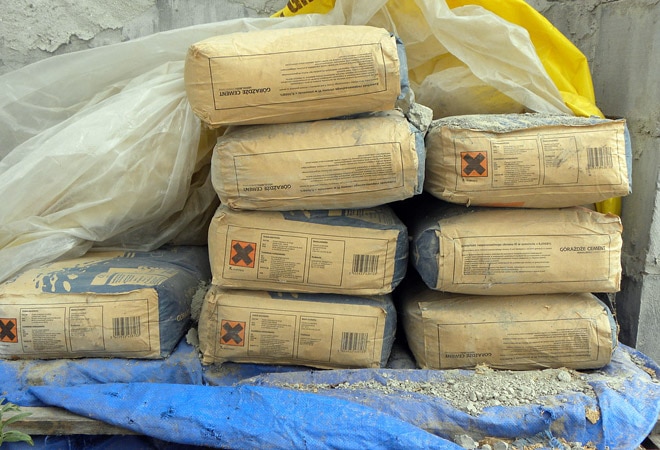 Reversing the declining trend in last few months, cement prices increased sharply in various regions from the first week of March'21 as demand across regions continued to see positive momentum. "We had highlighted earlier that cost inflation is likely to be higher in fourth quarter of financial year and consequently price hikes are needed to cover the increased costs. Nonetheless, the first week of March saw broad-based increase in cement prices across the country," said a Nirmal Bang report. Based on their channel checks, the eastern region witnessed the largest price hike of 8.3 per cent, month-on-month (m-o-m) followed by a 4.9 per cent rise in the west. North saw only a 2.8 per cent increase in monthly prices as pricing in the region was already higher. Consequently, cement price on a pan-India level has increased by 4.7 per cent, m-o-m to Rs 351 per bag. Despite the price hike in the first week of the month, average cement prices in Q4FY21 are still slightly lower compared to third-quarter average -- it is down by 0.4 per cent. However, since March constitutes large proportion of demand within a year, higher prices in the month are likely to augur well for overall profitability of the cement companies. "We believe that strong pricing is likely to continue in north and central markets whereas south and east markets will continue to witness volatility once the busy season for construction activities is over," the report added.

The gap between trade and non-trade prices was Rs 54 per bag, with the minimum difference observed in the west and the east regions and the highest difference seen in the north. Among the cities, Nagpur, Kolkata, Raipur, Bhubaneshwar, Patna, Ranchi, Chennai and Hyderabad saw more than Rs 20/bag increase whereas Chandigarh and Kochi were the only two cities with single-digit price hikes, it said.

Also Read: 'There is no dialogue with Tesla': Chandrasekaran on tie-up rumours