Ronnie Screwvala to step down as Disney UTV MD

Disney UTV's Ronnie Screwvala will be stepping down as Managing Director of the Indian arm of The Walt Disney Company. His successor will be his long-time confidante, Siddarth Roy Kapur, 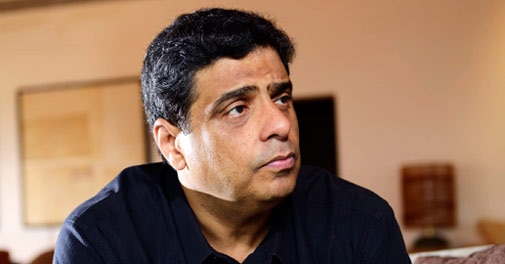 Disney UTV 's Ronnie Screwvala will be stepping down as Managing Director of the Indian arm of The Walt Disney Company. That Screwvala was on his way out had been on the grapevine for a while, but Screwvala had been consistently denying it.

Only two weeks ago Business Today had contacted Screwvala for a confirmation about his exit. "I don't know where this news is coming from," Screwvala had then said.

In an earlier interview with Business Today as well, Screwvala had said in response to a question about his exit, "I am here, and that's why I am talking to you. There is so much more to do as The Walt Disney Company."

Industry stalwarts say they always knew that Screwvala would step down sooner or later. The story doing the  rounds is that Screwvala is leaving due to a falling out with the management at the Disney headquarters in the US. "Ronnie's business template has always been to build businesses, take them to a certain scale and sell them off," points out the CEO of a private equity company which invests in media companies. He was referring to the sale of Vijay TV to Star India in 2001 and  the children's channel, Hungama, to Disney in 2006.

Screwvala sold UTV fully to The Walt Disney Company in December 2011 for Rs 2,000 crore. However, Disney had been a minority stakeholder in UTV since 2005.

Screwvala, who is known to have become richer by over Rs 1,000 crore after selling out to Disney, has set up a private equity company, Unilazer, which invests in start-ups.

We are not going down, says BlackBerry's Sunil Lalvani