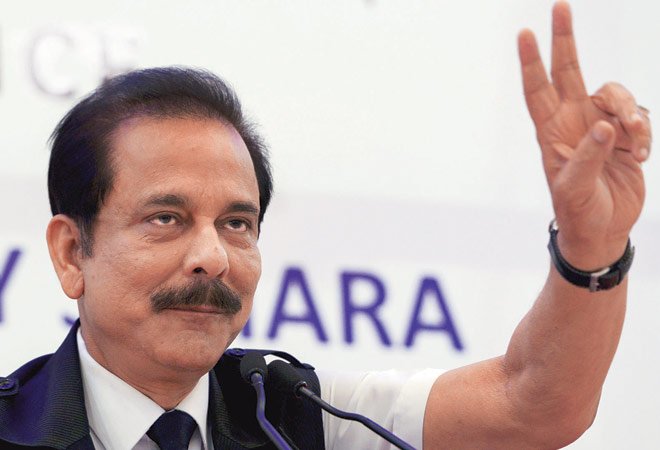 More than a sliver of hope has appeared for Saharashree Subrata Roy, who's in jail for almost ten months for non-refund of over Rs 20,000 crore with interest to depositors.

On Tuesday, Roy was allowed to use the Tihar Jail guest house to open communication with investors once again. Sahara India Pariwar head of corporate finance Sandeep Wadhwa, who is based out of New York and London and has done the groundwork on what may well be a defining deal to secure Roy's release from jail, told Mail Today,

"We have managed to work out what appears to be a win-win deal, one that allows us to retain control of our three international properties - Grosvenor House in London and Plaza and Dream in NY - and most importantly secure Mr Roy's release from prison."

The total sum of money involved is $2 billion broken down three ways - $882 million to buy out the existing loan of Bank of China on the three foreign properties in toto as a senior loan (which is debt that takes priority over other unsecured or otherwise more 'junior' debt owed by the issuer), $650 million junior loan (or subordinated debt because the debt providers (the lenders) have subordinate status in relationship to the normal debt) on the strength of the three properties to pay Sebi directly as a second charge against the same securities and finally an infusion of $450 million as an investment into Sahara Hospitality owned Sahara Star (Mumbai hotel next to the airport) and Aamby Valley Ltd, the resort near Khandala/Lonavala. Both Sahara Star and Aamby Valley investments will be FDI compliant.

The $650 million junior loan will be extended for one year, with interest of 11 per cent. The debt fund confirmed that it has its eyes set on Sahara's three marquee properties - Grosvenor House in London and two premium properties in New York - in the event of a default.

The three international properties also known as 'Monalisa' hotels for their top of the line branding are intrinsic to Subrata Roy's strategy for he is clear that the Indian flag should fly on them. Between Grosvenor House and the two New York properties, revenues add up to approximately Rs 550 crore, which according to Wadhwa, are adequate cash flows to service the interest cost that this three tranche deal generates.

Wadhwa said, "We are delighted at the prospect of Mr Roy being released from jail and at the same time being able to retain Indian ownership over these properties. In the past, we could not structure any substantive deal at distressed prices. This is much better as the loans have been structured as senior and junior loans and while we have now overleveraged 77 per cent, we have the cash flows to pay interest cost."

Roy, on his very first day of operating from the guest house, put the tent poles of the final deal in place himself. When asked whether Sahara would now be compliant with the Supreme Court order, Wadhwa said,

"For sure, Mr Roy will now come out. The order has been passed by the Supreme Court and we are now fully compliant with it. We will now have enough cash to bail out Mr Roy. We believe that Saharashree should be out by February 20 by when we should be able to complete all court mandated formalities. The shortfall was to the tune of Rs3,600 crore which the Mirach Capital junior loan bridges. Between the Rs6,400 crore we had already raised and the Rs3,600 crore now provided for, we should be able to furnish a Rs10,000-crore bank guarantee or alternatively give cash upfront by creating a lien on this amount."

This may bring the curtain down on one of the most bitter battles fought by a corporate group against regulators and freedom for Roy who has been incarcerated for close to 10 months now. Mirach Capital CEO Saransh Sharma believes that these are marquee assets - Grosvenor House, The Plaza Hotel, Dream Hotel, Sahara Star, Aamby Valley - and in many ways landmarks by themselves.

Each one of them, according to Wadhwa, is a great turnaround story and the investors reckon that they can add value to each and every one of them.

As the loans play themselves out over a year, either Sahara manages to turn them around with the help of Mirach or Mirach gets to be the one with reservation of right of first refusal to acquire these assets at a discount from the highest cash offer that comes in.

That is the way the cookie crumbles in the battle royale that has had the media train its eyes on over the last year with some of the biggest legal luminaries appearing for Subrata Roy to secure his release.