While the group is open to sale of these properties if some really good offer comes its way, the existing offers have been dismissed outrightly as they appear to be made with a view to cash in on the group's current crisis, sources said. 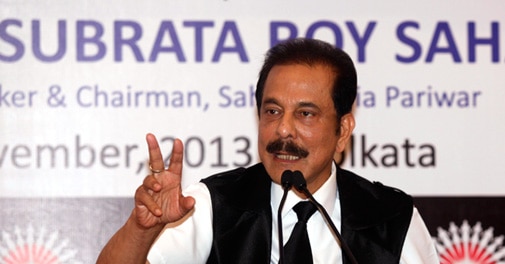 Embroiled in a major crisis back home, the Sahara Group has got unsolicited offers for at least three prized assets-London's Grosvenor House and New York's Plaza and Dreams Downtown hotels.

While the group is open to sale of these properties if some really good offer comes its way, the existing offers have been dismissed outrightly as they appear to be made with a view to cash in on the group's current crisis, sources said.

When contacted, a senior Sahara official in India also confirmed that some "unsolicited" offers have been received for overseas hotel properties, but the group has made it clear to them that these assets are not for sale.

While refusing to disclose the size of these offers and the identity of the parties interested, the official said that the group does not want to sell these assets as of now and it would consider any such move only if it gets "extraordinarily" high bids for these iconic assets.

However, sources said some of these offers are in fact at discount to the price at which Sahara had actually purchased these assets and value the group's holding in all three properties at $1-1.5 billion (Rs 6,000-10,000 crore).

While exact identity of interested parties could not be ascertained, investment bankers and consultants claiming to be exploring a deal said that their clients include entities from Middle East and India, as also some Indian-origin foreign nationals. They are also pitching these properties before investors in the US and the UK itself.

The three hotels had been purchased by the group over the past few years for about $1.5 billion, although all of them are managed by third party hotel management companies. The group claims to have a net worth of over Rs 68,000 crore and total assets worth over Rs 1.5 lakh crore.

The acquisitions were funded by loans from various banks, while Bank of China got a significant exposure after it refinanced loans from some other banks including HSBC for some of these properties.

There have been speculations that Bank of China is also concerned about its exposure in the wake of ongoing controversy that Sahara group has got embroiled into, but officials at the group vehemently denied any apprehensions on the part of the bank or that of other business partners.

The cross-border transactions through which these acquisitions were funded are under scanner of Indian regulators, along with various other dealings of the group which is fighting a long-running battle with markets regulator Sebi  over refund to investors in certain bonds issued by two Sahara firms.

The group is said to have set up numerous ventures in Mauritius to fund its overseas acquisitions and other dealings. Its dealings with a host of Swiss banks are also under the scanner, a senior official said.

Indian authorities are also seeking help from its peers in countries such as Mauritius and Switzerland, besides the US and UK, where Sahara is said to set up business ventures or investment companies. Besides help in administrative matters, overseas regulators are also being tapped for intelligence sharing on ventures set up by Sahara in their jurisdictions.

As majority of investor accounts - from about 3 crore listed out by Sahara - are suspected to be fictitious, there is a growing suspicion about possible money laundering activities, senior officials have said, adding that regulatory agencies other than Sebi would also need to play a more active role in such a scenario.

Plaza hotel, known as a historic landmark of New York, was built in 1907 as residence for some highly affluent New Yorkers and has got more than 100 suits and a huge retail space occupied by high-end fashion retailers among others.

Sahara acquired majority stake in Plaza in 2012, while it had acquired London's Grosvenor House, another iconic building, from Royal Bank of Scotland Group in late 2010.

Grosvenor House, located in the prestigious locality of Park Lane in Mayfair, London, has 420 rooms, 74 suites, 27 meeting rooms, among other amenities.

Back in India also, the group owns Hotel Sahara Star in Mumbai, besides its luxurious 10,600 acres Aamby Valley City resort town in Maharashtra.

After acquiring Grosvenor House, the group had said London would become its gateway "to introduce some of its new business ventures, internationally".

However, it has got embroiled in a major controversy since then over a legal battle with capital markets regulator Sebi which has charged it of non-compliance to a Supreme Court order for refund of over Rs 24,000 crore with 15 per cent interest per annum.

Sahara Group has deposited Rs 5,120 crore with Sebi for refund to investors and claimed it has already returned more than Rs 20,000 crore directly to the investors.

Sebi, however, contests this claim and the matter is currently before the Supreme Court, which even ordered arrest of group chief Subrata Roy late last month.

After police custody of a few days at a guest house in Lucknow, Roy was sent to New Delhi's Tihar Jail earlier this month.

Two Indians among America's most powerful CEOs under-40