After a century, Sameer Nagpal wants to change Shalimar Paints into a more consumer oriented brand. 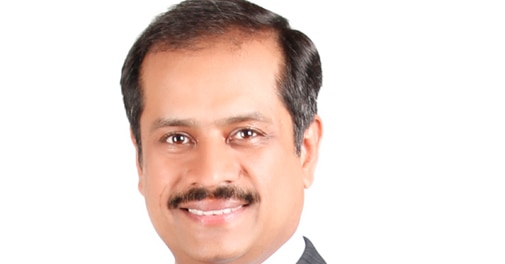 Soon after Sameer Nagpal joined Shalimar Paints, he realised that the paints company, promoted by the Jindal group and Hong Kong-based Jhunjhunwala group*, and which has changed ownership three times in 112 years, needed a complete overhaul. Nagpal decided that from a company that mostly makes protective paints, mainly used in premiering walls or in factories and machineries, it needed to get into the consumer segment like its rivals Nerolac and Asian Paints. The reason was simple: the enterprise business was not growing while the consumer business was booming, and Shalimar Paints was left as a struggling company in this changing consumer landscape.

"We did not focus on the consumer earlier, but now we want to be a consumer brand," says Nagpal. Asian Paints which is one-third the age of Shalimar Paints is 16 times bigger. Shalimar Paints posted a revenue of Rs. 552 crore in 2012/13.

Still, there are a few big names associated with this company which was founded in Howrah by two Englishmen A.N. Turner and A.N. Wright -the Howrah Bridge and the Rashtrapati Bhawan still use Shalimar Paints.

But Nagpal doesn't want Shalimar to brand itself the way Asian Paints and Nerolac do, emphasising emotions and colour. "We have to be different in a comeback battle," he says. The company is focusing on technology and quality of paints, and it starts with a change in its brand logo. But Nagpal says brand has only four per cent of involvement in changing a company or perception.

The next change in line related to the dealer and painter network. Dealer engagement affects trade by 13 per cent, but painters are a paint company's mainstay. So Nagpal is organising special training for painters and carpenters. Something called the "Naka" meet is organised with painters in different localities at regular intervals to convince them that Shalimar Paints is also worth considering for interiors. Nagpal's team is also working on a scholarship programme for painters' children - because Nagpal believes that 51 per cent of people chose a particular company as it is suggested by the painter.

The other thing that Nagpal is working on is the distribution model, which was archaic till he joined a year back. This is where his previous job helps him. As a Vice President with Ingersoll Rand, primarily a supply chain management company, he understands the importance of the distribution network. Shalimar Paints through its dealers are present in 2000 towns, and right now sell directly to each and every dealer. Nagpal is creating a hub-and-spoke model where for every city there will be one dealer and others will be sub-dealers. "We have to realign the entire distribution model," he says.

Also, from the plant the material was earlier directly sent to the depot which would further dispatch to various dealers across the country. Because of this there was an inventory problem - some paints sold fast and some didn't. Paints which did not sell were not replenished and at times for fast moving colours there was short supply. So Nagpal created three distribution centres, where the paints would land from the plants, and then sent to depots or dealers. Depot would not directly talk to the plant which earlier managed both inventory and production. The distribution centre manages the complete inventory and sees that the stock at dealers is always updated.

Nagpal is also coming up with a new plant in Chennai. According to Nagpal, the entire overhaul and transformation will take about three to four years, and will be done in two phases. The second phase will be about getting "segment leadership" and to bring "innovation". The cost for the transformation will be anywhere between Rs. 80 crore to Rs. 100 crore. "Over the last two years the promoters got convinced that the company can be turned around and is underleveraged," says Nagpal.

If he is able to do this, Nagpal says, it will be a big achievement for him. "If I turn it around it will be a visible turnaround."

(*An earlier version of the story incorrectly said the company was promoted by the Jindal group alone. A couple of typos have also been corrected.)