Hundreds of students, considered the brightest in the coun-try, will vie for top jobs amidst the IT sector losing sheen over reported mass layoffs as skills turn obsolete due to automation and the Trump administration insisting on more employment for US nationals. 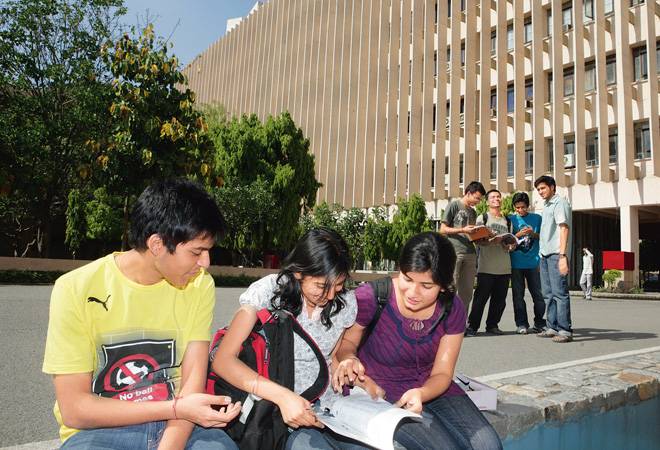 Samsung, IBM, Oracle and Wipro are likely to hire Indian Institute of Technology-Delhi (IIT-D) students on the much sought-after Day 1 of campus placements, with annual pay packages of around Rs 20 lakh.

The firms are among the 40-odd that have registered for placement with the premier technological institute, where the pre-placement season has just begun. Companies have given their pre-placement talks and five to six of them conducted tests to shortlist candidates, said finalyear students.

"Our CV verification process is going on," said a final-year mechanical engineering student who did not want to be named. The first phase of placements will start around December 1.

Hundreds of students, considered the brightest in the coun-try, will vie for top jobs amidst the IT sector losing sheen over reported mass layoffs as skills turn obsolete due to automation and the Trump administration insisting on more employment for US nationals.

"Our placement officer did say there was a reduction in IT placements and an increase in manufacturing placements. They expect the trend to continue this year as well," said a final-year electrical engineering student. The top-bracket salaries that these companies are offering indicate that they will hire on Day 1, said two students appearing for placements.

Usually, the biggest names in the field land on campuses early on in the season to lap up the creamiest of layers. While they will hire software engineers, product developers and product engineers with coding knowledge, big management firms like AT Kearney, Bain & Company and Boston Consulting Group are expected to hire consultants and data scientists on Day 1. These roles are open to students of other branches of engineering as well.

Private lenders Axis Bank and HSBC have also registered with IIT-D. The placement process is set to gain momentum after October 22 when students return from the mid-term break. Software giants Microsoft and Google, and India's biggest ecommerce company Flipkart are also likely to join the list of recruiters by then, students said.

"Lots of firms are coming and tests are happening. It should be better than last year, when it was bad. We feel positive." With reports saying many lost their jobs because of not upgrading their skills, students are rushing to learn some of these subjects, he said. "Machine learning is pretty hot right now. VLSI chip design is another area that students are keen on. Students also take up finance and marketing courses at the MBA department to prepare for consultancy jobs.'' IBM is hiring for a machine learning role, he added.

Not many startups have registered so far, with Californiabased cloud services firm Rubrik being the only attractive one on the list, students said. Many startups, including Zomato, Portea Medical and Hospscotch, were blacklisted from the institute's placements last year because they later withdrew the offers made to students.

However, the ban has been lifted. This year startups will reportedly be bunched together on one day called 'Startup Day', which will be slotted way below on the fourth or fifth day of placements. Students may also be told to conduct their own checks before accepting an offer from a startup.

The ban being revoked has not made a huge difference to students, according to a final-year textile engineering student. "However, the good thing about startups is that many of them will consider even students from non-IT backgrounds if they know coding. That's not something a Microsoft or a Google would do. Sometimes, startups even hire for non-core positions like business development," he said.

Tata Motors to roll out electric Tigor from Sanand plant