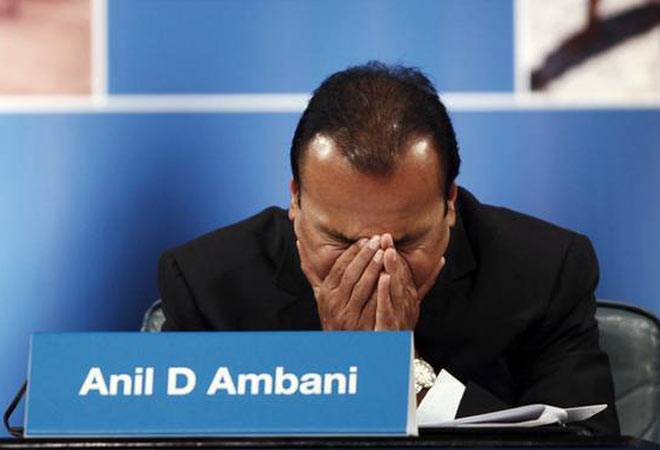 It's been a rough month for Reliance Group Chairman Anil Ambani. On the heels of bad news like downgraded ratings by credit rating agencies and crashing out of the billionaires club comes news of alleged loan evergreening and fund diversion at three of his companies - Reliance Communications, which is back in the bankruptcy court, Reliance Telecom and Reliance Telecom Infrastructure. The Group is reeling under a collective debt burden of over Rs 1 lakh crore. RCom, however, has "strongly denied and refuted" the allegations of fund diversion.

People in the know told The Economic Times that an SBI-commissioned probe has flagged transactions worth Rs 5,500 crore in the books of these companies after examining over 100,000 entries between May 2017 and March 2018. The country's largest bank had engaged accounting firm BDO in November 2017 to study the fund flows between these entities. "A deeper analysis showed that these were just adjustment entries made by the company. An in-depth investigation is needed to track the flow of these funds," said a source. The report has been tabled before the committee of creditors and questions thrown up by the findings have already been raised with the management.

The spotlight of the probe is on a little-known entity called Netizen that had received capex advances of Rs 4,000 crore in May 2017 through transactions emanating from the Reliance Group companies. It was the amount in question - subsequently set off against liabilities - that raised suspicion. The sources added that the auditors of the company, which does not technically fall within the purview of a related party, ought to have reported this transaction in the company's financials but failed to do so.

Questions were also raised on inter-corporate deposits of Rs 600 crore paid to another group company. As per the initial probe report, this may have been a preferential transaction that was not carried out at an arm's length. Furthermore, at least a dozen transactions worth Rs 500 crore hint towards banker facilitation in evergreening of loans by using multiple letter of credit transactions and three-four banks are under scrutiny.

This is not the first time that Reliance Group entities have been suspected of such irregularities. In June, Price Waterhouse & Co Chartered Accountants LLP (PwC) resigned as one of the statutory auditors of Reliance Capital and Reliance Home Finance. While looking at the books of the two companies for the first quarter, the global auditing firm stumbled upon alleged diversion of funds and duly informed the Ministry of Corporate Affairs about the same. The buzz is that the lenders to RCom, Reliance Telecom and Reliance Telecom Infrastructure are now looking to initiate a deeper probe to ascertain the authenticity of the flagged off transactions.

Meanwhile, Reliance Communication, in a response has said the allegations of fund diversion and preferential transactions by RCom are "illogical and baseless". "During the period of June 2017 to March 2018, RCOM was under the Strategic Debt Restructuring scheme of RBI, and all transactions were under the full scrutiny of lenders. The alleged report has not been discussed with management and its input are yet to be taken on record by the BDO.