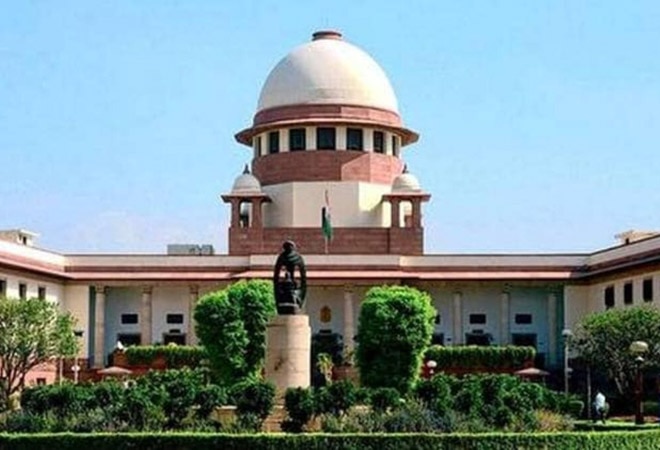 In a relief to cash-strapped Unitech Ltd, the Supreme Court Wednesday directed Telangana State Industrial Infrastructure Corporation (TSIIC) to refund Rs 165 crores with interest to the real estate firm which could not be handed over about 350 acres of land to develop an integrated township project in Ranga Reddy District.

In August 2008, Andhra Pradesh Industrial Infrastructure Corporation Ltd (APIIC) entered into a development agreement with Unitech Ltd and its subsidiary firm for the township project and the real estate firm had deposited a total amount of Rs 165 crores with the government body.

However, the project did not proceed further as TSIIC, which took over issues related to project from APIIC after the state's bifurcation, could not ensure encumbrance-free handoverof land to the real estate firm which took legal recourses for refund.

A bench comprising Justices D Y Chandrachud and M R Shah upheld the key directions given in two judgements of the single judge and the division bench of the Telangana High Court respectively in favour of the real estate firm.

The bench was hearing three separate appeals filed by Unitech, TSIIC and the Telanagana government against the judgement of the division bench of the high court.

Unitech shall be entitled to a refund of an amount of Rs 165 crores together with interest at the SBI-PLR (Prime Lending Rate) commencing from the respective dates of payment, computed in accordance with the provisions of the Development Agreement (except for compounding), Justice Chandrachud, writing the judgement, said.

Taking note of the contention of TSIIC and the state government that the real estate firm did not pay the registration fees and stamp duty while executing the development agreement in 2008, the bench said, Unitech's claim to compensatory payment cannot be defeated on the sole ground of the payment of stamp duty.

The amount payable towards stamp duty, penalty (if any) and registration charges shall be paid initially by TSIIC into the account of the competent authority within two weeks of the determination and shall be adjusted against the refund payable by TSIIC to Unitech, the 49-page judgement said.

The top court modified one of the directions of the high court, which had confined the liability to pay interest only with effect from October 14, 2015, and said that the interest would accrue from the date when a particular sum was paid.

The amount which has been deposited in the Registry of this Court in pursuance of the interim order shall be disbursed to Unitech together with accrued interest. The balance due and payable under the terms of this judgment shall be refunded by TSIIC to Unitech within two months from the receipt of a certified copy of this judgment, it said.

It said TSIIC will be at liberty to pursue its remedies for apportionment of liability with APIIC in accordance with law.

No opinion is expressed on the merits or tenability of the claim for apportionment asserted by TSIIC, it said while responding to the claim of TSIIC that its Andhra Pradesh counterpart cannot escape the liability to pay its share under the law which led to state's bifurcation.

The bench trashed the objection that the high court should not have used its writ power to hear a commercial dispute based on an agreement.

The jurisdiction under Article 226 is a valuable constitutional safeguard against an arbitrary exercise of state power or a misuse of authority, it said.